A new Bloomberg report provides some background on Apple's HomePod project which is said to have started in 2012. Apple's already late entry to the home smart speaker market was just delayed until next year.

Engineers at Apple were apparently blindsided by the Amazon Echo in 2014. They had been working for two years on a new speaker and jokingly accused each other of leaking details to Amazon. After determining that the sound quality of the Echo was inferior they continued work on their device.

Over the next couple years, Amazon's Echo became a huge hit with customers. Meanwhile, Apple wavered on its own speaker. The project was cancelled and revived several times, say sources. It went through various designs, at one time standing three feet tall. Apple ended up pushing forward with the speaker but has always viewed it as an accessory, like its AirPods. As a result, it won't be able to do many of these already possible on the Echo. It won't have support for developer created apps or speak directly to cloud apps as the Echo does; rather, certain requests are routed through your iPhone and even those are limited to messaging, to-do lists, and notes.

“This is a huge missed opportunity,” a source told Bloomberg.

Apple could still eventually add features to the HomePod. These might include its own app ecosystem and support for competing music services. Even so, until that happens, Apple will still be playing catchup in a category invented by a company better known for e-commerce than hardware.

More background details on the HomePod in the full report linked below... 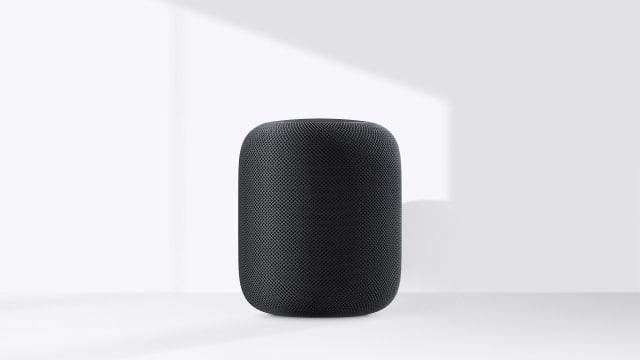 PaulieP - November 21, 2017 at 5:29pm
When are you guys going to update your app to work with the new iPhone X? You are a rumor website? Did you not get the rumor that the new phone is coming out with a different size screen that you needed to adapt your application to? Are we a little slow iClarified? Should we move to Engadget instead?
Reply · Like · Mark as Spam