The AirPort Express has started showing up in the Home app for developers running iOS 11.4 beta, hinting at AirPlay 2 support.

First noticed by some observant redditors, the second generation AirPort Express shows up when you go to add an accessory in the Home app.

It's been over half a year since we asked Apple SVP Craig Federighi to bring AirPlay 2 to the Apple Express. Hopefully, Apple did keep it "in mind" and we'll see support implemented in future betas! 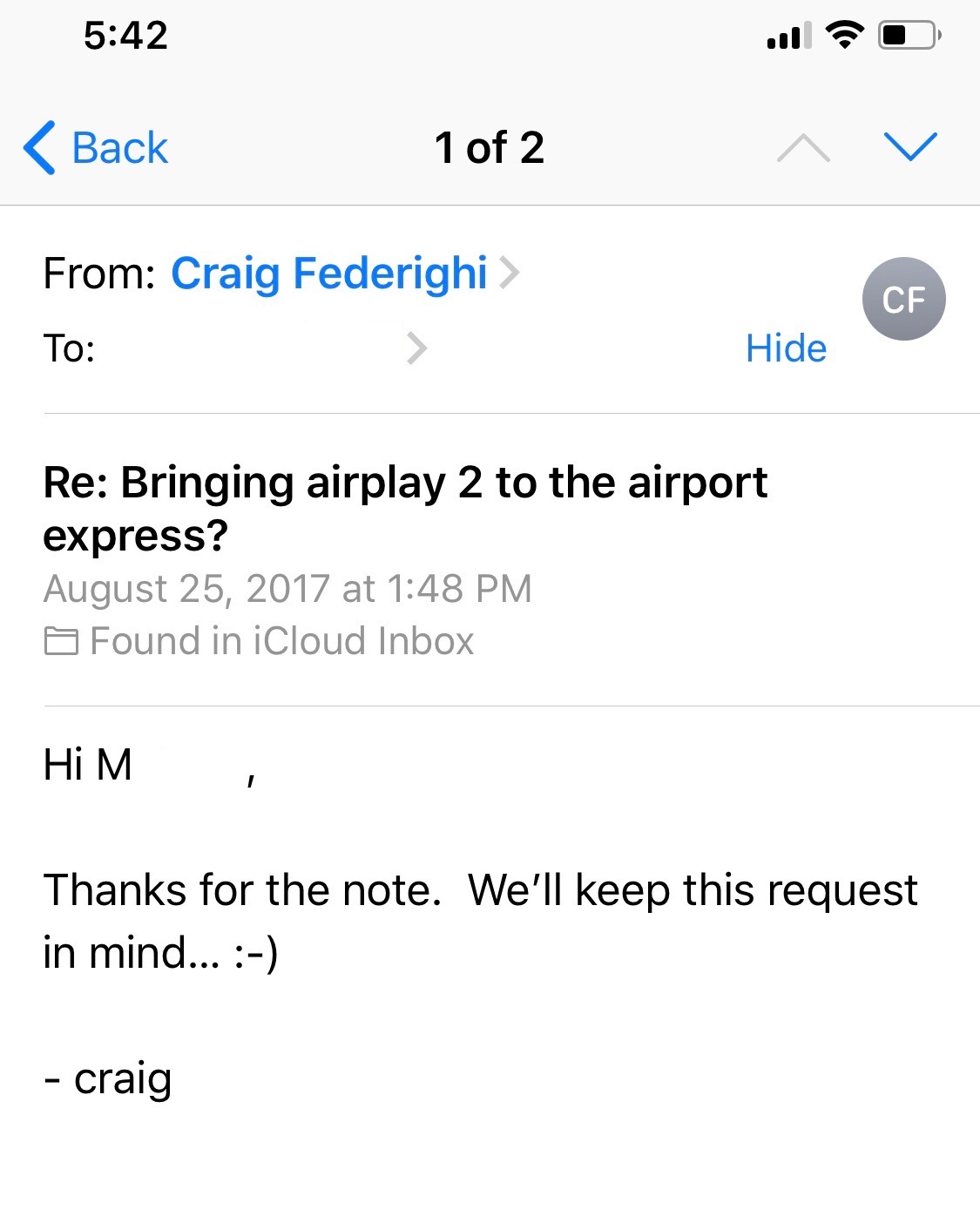