T-Mobile and Sprint today announced they have entered into a definitive agreement to merge. The combined company will be named T-Mobile.

The merger is an all-stock transaction at a fixed exchange ratio of 0.10256 T-Mobile shares for each Sprint share or the equivalent of 9.75 Sprint shares for each T-Mobile US share. Based on closing share prices on April 27, this represents a total implied enterprise value of approximately $59 billion for Sprint and approximately $146 billion for the combined company.

The New T-Mobile will have the network capacity to rapidly create a nationwide 5G network with the breadth and depth needed to enable U.S. firms and entrepreneurs to continue to lead the world in the coming 5G era, as U.S. companies did in 4G. The new company will be able to light up a broad and deep 5G network faster than either company could separately. T-Mobile deployed nationwide LTE twice as fast as Verizon and three times faster than AT&T, and the combined company is positioned to do the same in 5G with deep spectrum assets and network capacity.
The combined company will have lower costs, greater economies of scale, and the resources to provide U.S. consumers and businesses with lower prices, better quality, unmatched value, and greater competition. The New T-Mobile will employ more people than both companies separately and create thousands of new American jobs.

“This combination will create a fierce competitor with the network scale to deliver more for consumers and businesses in the form of lower prices, more innovation, and a second-to-none network experience – and do it all so much faster than either company could on its own,” said John Legere. “As industry lines blur and we enter the 5G era, consumers and businesses need a company with the disruptive culture and capabilities to force positive change on their behalf.”

“The combination of these two dynamic companies can only benefit the U.S. consumer. Both Sprint and T-Mobile have similar DNA and have eliminated confusing rate plans, converging into one rate plan: Unlimited,” said Marcelo Claure. “We intend to bring this same competitive disruption as we look to build the world’s best 5G network that will make the U.S. a hotbed for innovation and will redefine the way consumers live and work across the U.S., including in rural America. As we do this, we will force our competitors to follow suit, as they always do, which will benefit the entire country. I am confident this combination will spur job creation and ensure opportunities for Sprint employees as part of a larger, stronger combined organization, and I am thrilled that Kansas City will be a second headquarters for the merged company.” 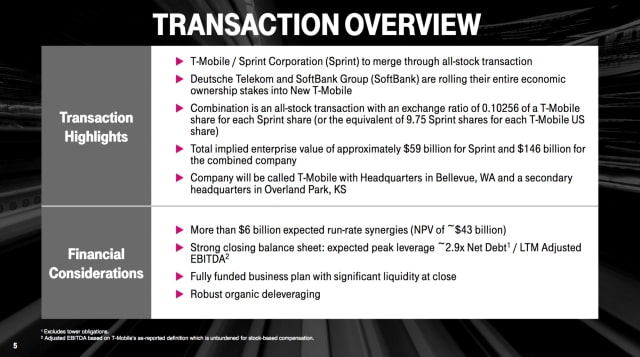 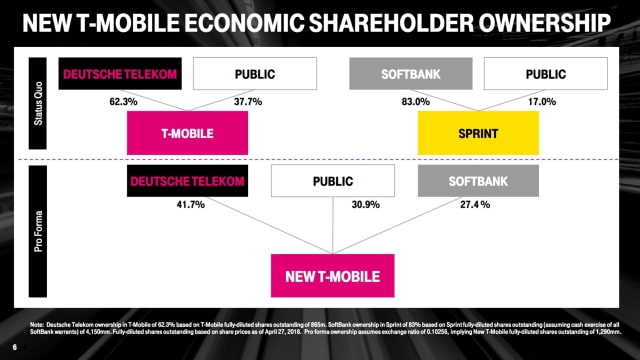 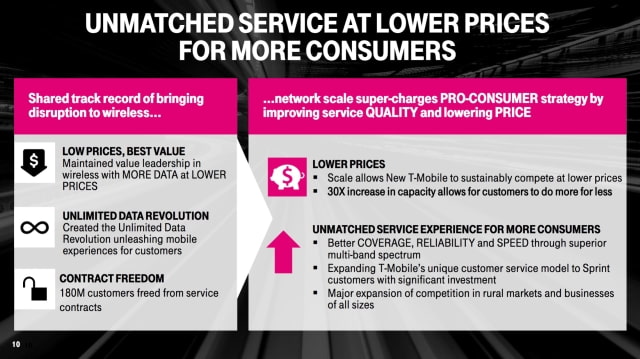 Monito - April 30, 2018 at 3:53am
Remember the time when att wanted to buy tmobile and sprint and DOJ opposed the possible purchase merger. Now looks how things have changed. You don't see att complaining to stop the merger. How funny things are. https://dealbook.nytimes.com/2011/08/31/u-s-moves-to-block-att-merger-with-t-mobile/
Reply · Like · Mark as Spam

stevenlacross - April 29, 2018 at 8:15pm
I might have to switch off att to t-mobile. Never would I have switched to sprint, they just suck. And never would I have switched to Verizon, they are a bunch or rapist out for everyone’s money. I was considering t-mobile but didn’t know how good their service is, now I’ll really have to consider it.
Reply · Like · Mark as Spam

sHeep - April 29, 2018 at 5:57pm
Sprint knew they were striking out hard so they had to stay alive by turning to one of the better networks to avoid bankruptcy. Guess it's now the big three.
Reply · Like · Mark as Spam
Recent