The four new Animoji characters include a giraffe, a shark, an owl and a boar. 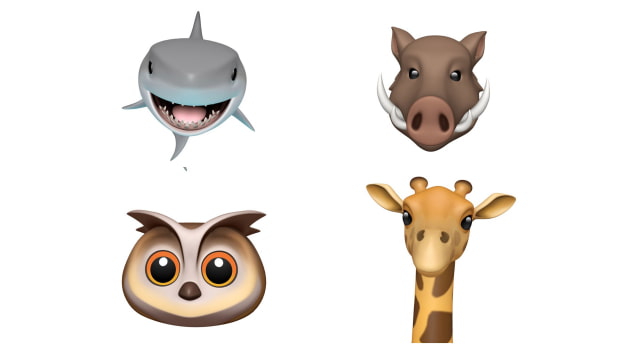 When used with an iOS device that supports Face ID, Animoji characters will mimic your facial expressions. Short clips can be recorded and shared with friends. They can also be used as a video effect when making a FaceTime call.