You can listen to a direct comparison of the voice messages here. 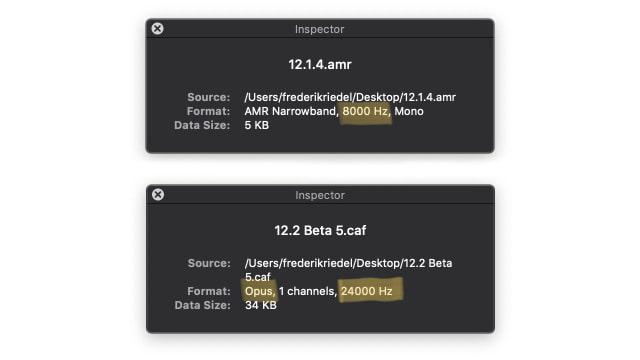