Panic is teasing a successor to the popular Coda web editor for Mac.

There will also be the option to publish to multiple destinations, a sidebar for build issues, themes, and a new Terminal.

Panic says that the native Mac app will be up to 40X faster when parsing files and indexing a project.

Unfortunately, at least for now, some features like the MySQL client and visual CSS editing will be going away. However, the company says it will be moving fast and iterating constantly.

The new editor will not be called Coda. "This new version is so new, it deserves a fresh start," says Panic. A preview will arrive later this year.

You can sign up to learn more at the link below. 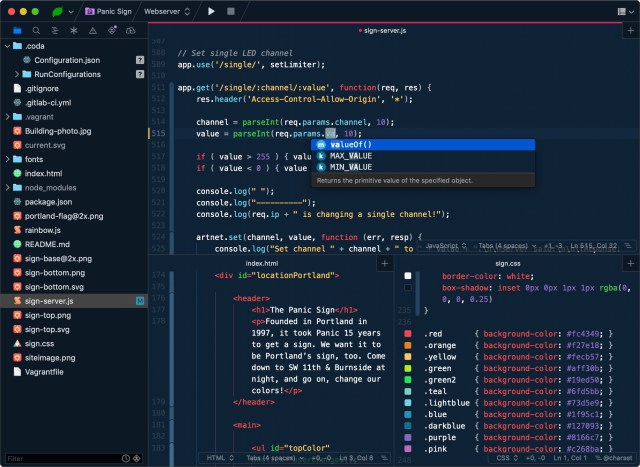