Apple is working on a new macOS feature that will let you use your iPad as an external display, similar to Luna Display from Astro HQ, reports 9to5Mac.

Sources say the next major version of Apple's desktop operating system, macOS 10.15, will allow users to send any window of any app to an external display. That external display can be an iPad or an actual display connected to the Mac.

The feature is called 'Sidecar' internally and is accessed via a simple menu.

This new menu will be opened by hovering over the green “maximize” button in a Mac app window for a split second. The menu will have options for making the window fullscreen, tiling and moving to external displays, including the user’s iPads and external displays connected to the Mac. Selecting one of the display options moves the current window to the selected external display or iPad, in fullscreen.

The site also says users will be able to use the Apple Pencil to draw on an iPad that is connected as an external display, turning it into a Wacom-like tablet.

Other options being worked on for macOS 10.15 include the ability to snap a window to one side of the screen. 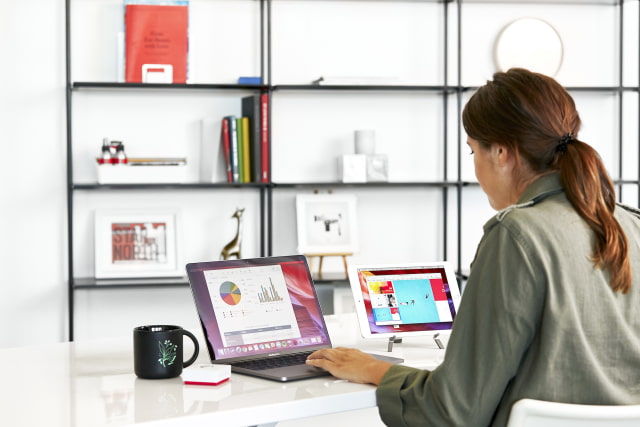