Apple is developing a foldable iPad with 5G connectivity, according to IHS Markit analyst Jeff Lin via UDN.

The new iPad will purportedly have a display that's nearly the same size as a MacBook and offer more business friendly features.

Researcher IHS Markit analyst Jeff Lin disclosed that Apple is currently quietly building a folding iPad, which will support 5G, and with A series processors, the screen size will be almost equal to the current Macbook product line, bringing a new revolution to tablet devices. It is also used against the new dual-screen Surface that will be launched by Microsoft. It is expected that the folding iPad will be launched as soon as next year.

At this point we haven't seen any evidence suggesting a foldable iPad is in the works or that one will launch next year; however, you can follow iClarified on Twitter, Facebook, Google+, or RSS for further updates! 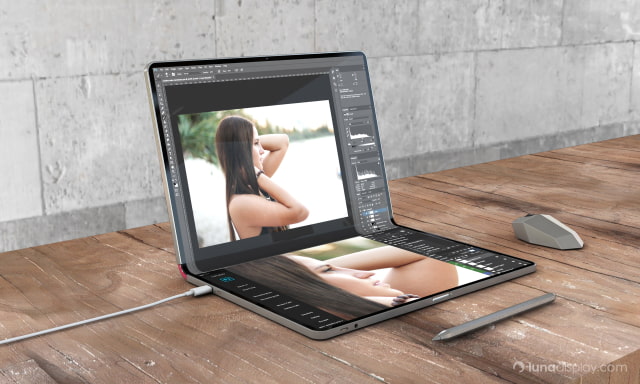 NoGoodNick - July 5, 2019 at 6:46pm
I’ll skip it too. I’ve never grasped the point of a foldable phone, as it dramatically increases the design complexity and ensures much higher failure rates. After Samsung’s abysmal foldable launch, and given Apple’s recent history of design flubs, I’ll leave the debugging of these products to those who don’t demand dependability.
Reply · Like · Mark as Spam

nocci - July 5, 2019 at 3:02pm
Definitely giving a pass to this. I like both the iPad and Mac as seperate products.
Reply · Like · Mark as Spam
Recent