Apple's personal computers rank highest in customer satisfaction for the second year in a row, according to the latest report from the American Customer Satisfaction Index.

In the overall industry rankings, Apple stays on top for a second year with a stable and high ACSI score of 83, and its customers have by far the highest expectations. Despite a 1% downturn, Samsung keeps second place at 81 and no longer ties with Amazon, which falls much further. Amazon tumbles 4% to 79, just a point above the industry average. Among the three leaders, Apple demonstrates an advantage across all aspects of the customer experience, but it still lags both Samsung and Amazon for value. 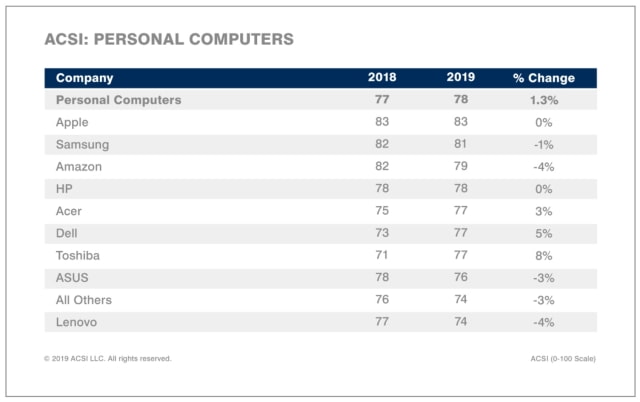 HP is unchanged at 78, followed by three companies that all improve to a score of 77: Acer (up 3%), Dell (up 5%), and Toshiba (up a whopping 8%). Customers consider Dell machines more reliable, while Toshiba, which finished last in 2018, soars thanks to faster devices that crash less frequently compared to a year ago. 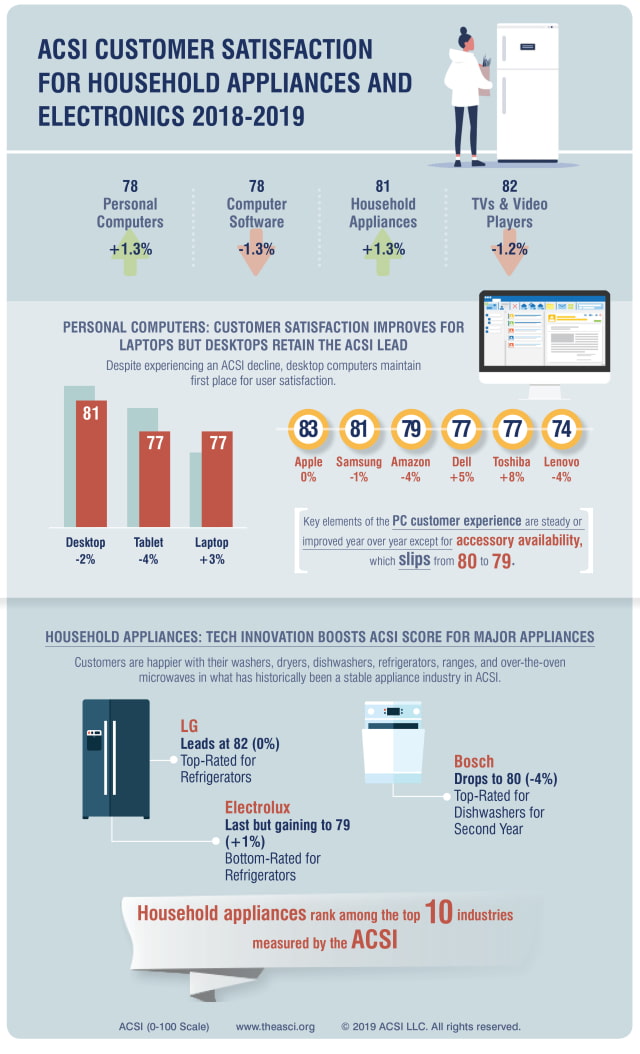 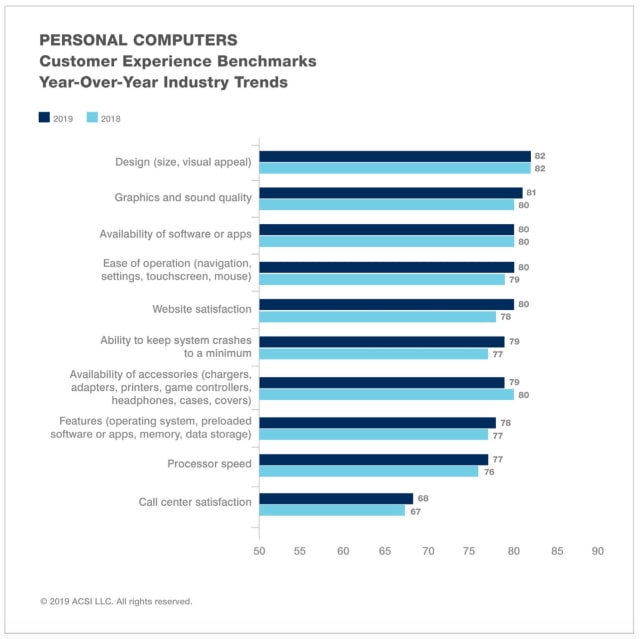 nocci - September 24, 2019 at 7:26pm
Awww, poor Microsoft isn't even on the list. No wonder they made those excuses about battery and touchscreen with their recent "ad" as if they have any reason to excuse their highest ranked rival. This also takes me back to when Consumer Reports didn't recommend Surface as I read one time in 2016 I believe.
Reply · Like · Mark as Spam
Recent