Apple may be working to develop its own HomeKit accessories, according to a new report from Bloomberg.

Sources say the company has ramped up hiring for its smart-home software and devices team in an effort to catch up to Amazon and Google. Apple is seeking engineers to work in Cupertino, California and San Diego as part of a group that will revamp the smart-home platform.

The overhaul is designed to get more third party accessory and appliance makers to support HomeKit. The effort is being led by former Mozilla CTO Andreas Gal, who moved to Apple when it acquired his company Silk Labs. Gal reports to Arun Mathias, lieutenant to SVP Craig Federighi.

Since last month, Apple has posted 15 job listings on its website for engineers to work on HomeKit, smart-home devices, and related software. Other listings have been posted on third-party job boards. Private recruiting is also taking place with several engineers and managers having been hired from Amazon, Qualcomm, and others.

The new team is exploring the possibility of building new home devices beyond the HomePod, says Bloomberg.

Some of Apple’s job listings mention supply chain expertise and developing wireless, battery-powered devices with camera modules, indicating exploration into new home appliances. Apple has said it plans to release a new cloud storage feature for security cameras later this year, which could potentially play into the company’s future plans. A few years ago, teams inside Apple explored creating a wide range of smart-home accessories, such as modules for opening and closing windows, cabinets, and doors, but those efforts were put on hold, according to a person with knowledge of the work. 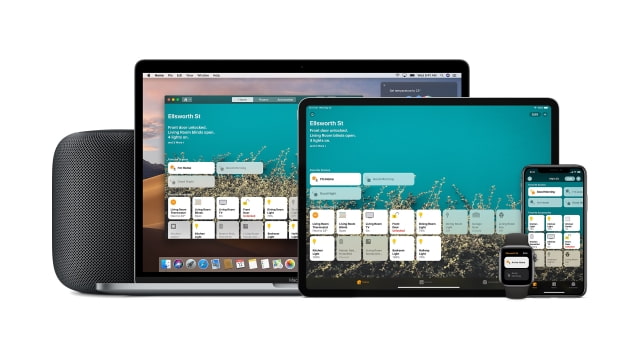