Pixelmator Pro has been updated with a new 'ML Super Resolution' feature that makes it possible to enlarge images while maintaining sharpness and detail. 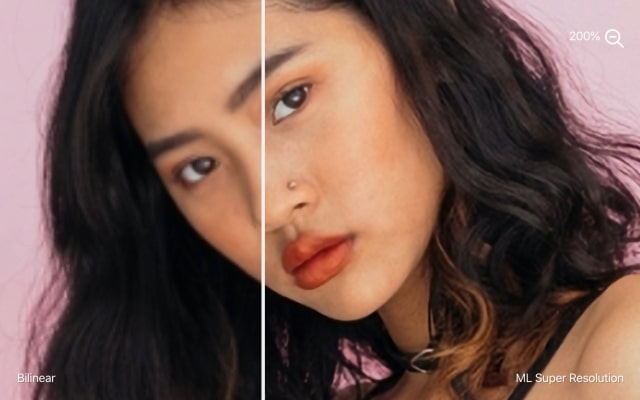 How It Works:
To create the ML Super Resolution feature, we used a convolutional neural network. This type of deep neural network reduces raster images and their complex inter-pixel dependencies into a form that is easier to process (i.e. requires less computation) without losing important features (edges, patterns, colors, textures, gradients, and so on). The ML Super Resolution network includes 29 convolutional layers which scan the image and create an over-100-channel-deep version of it that contains a range of identified features. This is then upscaled, post-processed and turned back into a raster image. Below is a simplified representation of the neural network. 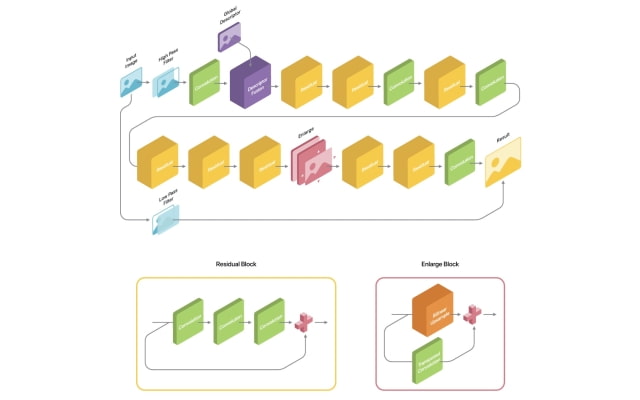 First, the input image is passed through a high pass filter for basic edge detection. Then, the first convolutional layer reduces the size of these features and pools the data. In the Descriptor Fusion block, the image is scanned to find any JPEG compression blocks within it and this is fused with the other features identified so far.

The next convolutional layers and residual blocks are where the magic happens — these detect the features (edges, patterns, colors, textures, gradients, and so on) in the image, building them up into a complex representation that is over 100 channels deep. In a convolutional neural network, more layers mean better accuracy but with a large enough number of layers, a network becomes near-impossible to train. Residual blocks are designed to increase the complexity and accuracy of networks without making them impossible to train.

Finally, all the features identified by the neural network are enlarged in the Enlarge block. After this, the two residual blocks and the final convolutional layer post-process the data and turn the features back into an image. It’s also important to note that all this happens on-device and the entire trained machine learning model is included inside the Pixelmator Pro app package.

Hit the link below to learn more about how the ML Super Resolution feature works. 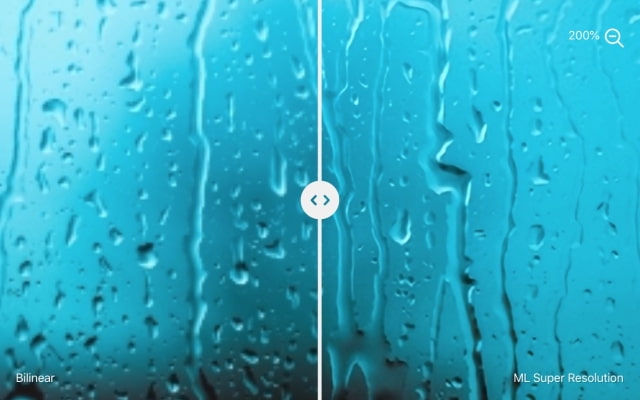 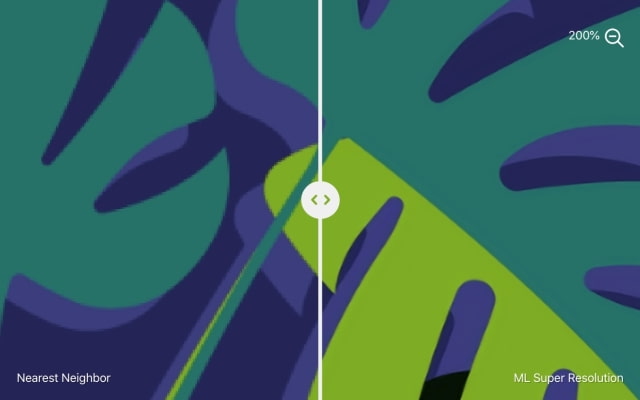