The checkra1n jailbreak has been updated with support for iOS 13.3.1 and iPadOS 13.3.1. The checkra1n 0.9.8 beta also introduces support for Linux, a new CLI, an experimental web based UI called webra1n, and more!

-----
WHAT'S NEW:
Bug fixes
● This release squashes so many bugs we couldn’t keep track of them. Sorry bugs…

Other changes
● Support for Linux has arrived! See below for more information.
● Introduces webra1n (see below!).
● Low-level patching is now handled by our all-new pongoOS, engineered from the ground up for flexibility. More news on this front soon!
● Adds a whole new CLI, built around ncurses, which now supports FastDFU.
● Adds a new --version flag to the CLI for debugging purposes.
● Adds a new option in the GUI and CLI which allows for custom boot-args to be set.
● Adds an option to skip version checking for new iOS and iPadOS versions which haven’t yet been officially tested.
● Added support for iOS and iPadOS 13.3.1.
● The checkra1n app no longer requires internet to open.

Known issues
● The Apple TV 4K will produce a -20 error, even on a successful jailbreak
● Other known issues are available on our issue tracker.

Linux Support
● This is the first checkra1n release which adds support for linux. More information on installing the Linux version can be found here.

Known issues
● The exploit may not work as reliably on some devices, such as the Raspberry Pi Zero and Raspberry Pi 3.
● When trying to jailbreak multiple devices, only the first attempt will succeed. Workaround: relaunch checkra1n after every jailbreak attempt.

webra1n
● Webra1n is an experimental web based UI for checkra1n, broadcasting ncurses - the terminal based ui - right to your browser and allowing headless devices (such as the Raspberry Pi) to present an interface over the network.
We advise to use it locally or behind a password protected wifi network/proxy.

Unsupported platforms
● This beta is only available for macOS and Linux. Work is ongoing to support Windows, which will be added in a later release.

Package managers
● At the moment, checkra1n only supports installing Cydia. Support for other package managers is coming soon, and will not require a checkra1n update.
-----

You can download the checkra1n 0.9.8 beta from here or at the link below:
● Where to Download the Checkra1n Jailbreak From 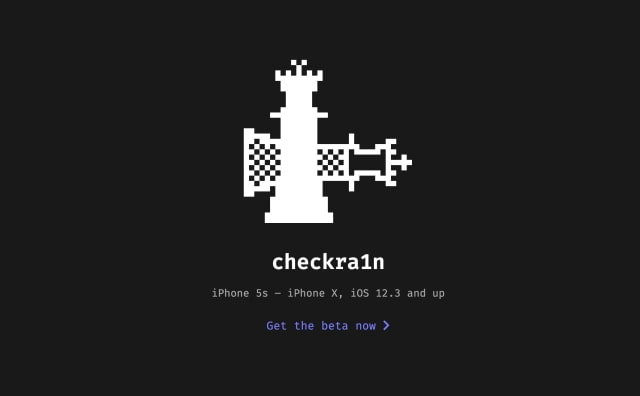