This new standard offers improved compression, which reduces data requirements by around 50% of the bit rate relative to the previous standard H.265/High Efficiency Video Coding (HEVC) without compromising visual quality. In other words, H.266/VVC offers faster video transmission for equal perceptual quality. Overall, H.266/VVC provides efficient transmission and storage of all video resolutions from SD to HD up to 4K and 8K, while supporting high dynamic range video and omnidirectional 360° video.

More details in the full announcement found below!

-----
Today, compressed video data make up 80% of global Internet traffic. H.266/VVC represents the pinnacle of (at least) four generations of international standards for video coding. The previous standards H.264/Advanced Video Coding (AVC) and H.265/HEVC, which were produced with substantial contributions from Fraunhofer HHI, remain active in more than 10 billion end devices, processing over 90% of the total global volume of video bits. Both previous standards were also recognized by collectively three Emmy Engineering Awards for contributing substantially to the progress of television technology.

Through a reduction of data requirements, H.266/VVC makes video transmission in mobile networks (where data capacity is limited) more efficient. For instance, the previous standard H.265/HEVC requires ca. 10 gigabytes of data to transmit a 90-min UHD video. With this new technology, only 5 gigabytes of data are required to achieve the same quality. Because H.266/VVC was developed with ultra-high-resolution video content in mind, the new standard is particularly beneficial when streaming 4K or 8K videos on a flat screen TV. Furthermore, H.266/VVC is ideal for all types of moving images: from high-resolution 360° video panoramas to screen sharing contents.

“After dedicating almost three years toward this standard, we are proud to have been instrumental in developing H.266/VVC," says Benjamin Bross, head of the Video Coding Systems group at Fraunhofer HHI and editor of the +500-page standard specification of H.266/VVC. “Because of the quantum leap in coding efficiency offered by H.266/VVC, the use of video will increase further worldwide. Moreover, the increased versatility of H.266/VVC makes its use more attractive for a broader range of applications related to the transmission and storage of video.”

"If you consider that Fraunhofer HHI already played a key role in the development of the previous video coding standards H.264/AVC and H.265/HEVC, then we are happy with the fact that more than 50% of the bits on the Internet are generated by a Fraunhofer HHI technology,” adds Dr. Detlev Marpe, head of the Video Coding and Analytics department at Fraunhofer HHI.

A uniform and transparent licensing model based on the FRAND principle (i.e., fair, reasonable, and non-discriminatory) is planned to be established for the use of standard essential patents related to H.266/VVC. For this purpose, the Media Coding Industry Forum (MC-IF) was founded. In addition to Fraunhofer Society, the MC-IF now includes +30 companies and organizations. The new chips required for the use of H.266/VVC, such as those in mobile devices, are currently being designed. Dr. Thomas Schierl, head of the Video Coding and Analytics department at Fraunhofer HHI, announced “this autumn Fraunhofer HHI will publish the first software (for both encoder and decoder) to support H.266/VVC.”
-----

You can learn more about H.266 at the link below! 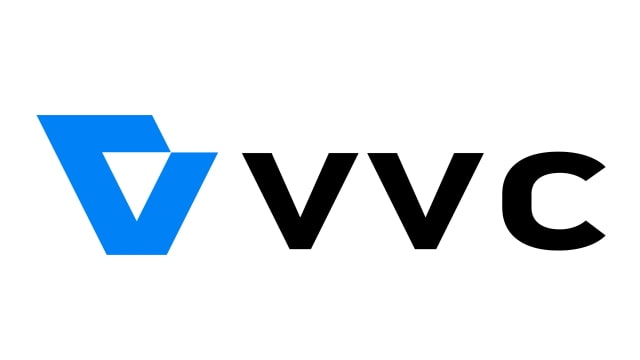