Epic Games has filed a motion for a temporary restraining order to prevent Apple from terminating its developer accounts and cutting off access to iOS and Mac development tools.

Apple has informed Epic Games that it has until August 28 to remove direct in-app payments from Fortnite. If it doesn't, Apple will block access to all development tools necessary to create software for Apple's platforms, including the Unreal Engine used by third-party developers.

In a filing with the UNITED STATES DISTRICT COURT for the NORTHERN DISTRICT OF CALIFORNIA, Epic writes:

Not content simply to remove Fortnite from the App Store, Apple is attacking Epic’s entire business in unrelated areas. Epic is likely to succeed on the merits of its claims, but without an injunction, Epic will be irreparably harmed long before final judgment comes. Technology markets move swiftly. Left unchecked, Apple’s actions will irreparably damage Epic’s reputation among Fortnite users and be catastrophic for the future of the separate Unreal Engine business. If the Unreal Engine can no longer support Apple platforms, the software developers that use it will be forced to use alternatives. The damage to Epic’s ongoing business and to its reputation and trust with its customers will be unquantifiable and irreparable. Preliminary injunctive relief is necessary to prevent Apple from crushing Epic before this case could ever get to judgment.

Last week, Epic Games launched a direct payment feature in Fortnite that saved users 20% but didn't give Apple 30% of its revenue. Apple promptly pulled the app from the App Store; however, the company was expecting this response and was ready with a lawsuit accusing Apple of anti-competitive restraints and monopolistic practices. A similar scenario played out with Google and the Play Store but it's possible to sideload Fortnite on Android so the impact to users isn't as severe.

Apple's latest move appears to support Epic's antitrust case. It's also likely to worsen the company's relationship with the developer community. Unreal Engine is used to power many apps and games. Crushing it would harm numerous other developers that aren't involved in the Epic vs Apple fight.

Apple has also threatened to stop any efforts to optimize Unreal Engine on its hardware and prevent the adoption and support of ARKit and future VR features by Unreal Engine.

From Apple's email to Epic on August 14:

Developer Steve Troughton-Smith writes, "Apple threatening to cut off, stop contributing to & optimizing its hardware for Unreal Engine is 1,000% unnecessary & vindictive, and hurts every dev using Unreal on the platform. If they were trying to make Cook look like a liar to Congress, it would be hard to do a better job"

You can read Epic's full motion for temporary restraining order at the link below.

Do you think Apple is in the right or wrong? Let us know in the comments! 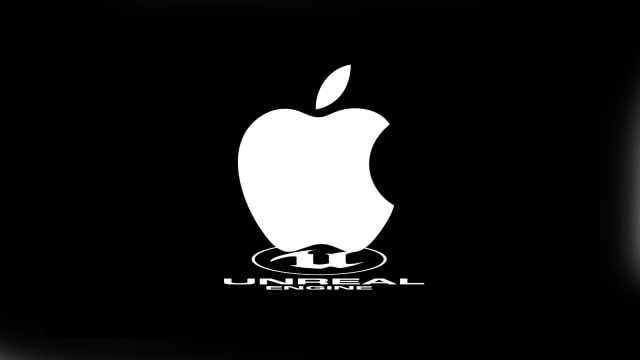 vipey - August 18, 2020 at 1:07am
My views are slight skewed... this is Apple and these are Apple’s taxes. So Epic asking for tax relief... or tiered tax relief, so the wealthy can get wealthier? IDK, just applying some unreal logic
Reply · Like · Mark as Spam

Great! - August 18, 2020 at 1:33am
Epic wants to have their own store on IOS and Google so that they can charge developers and not pay Apple nor Google anything. That’s what this is all about.
Reply · Like · Mark as Spam

Great! - August 17, 2020 at 11:51pm
Would you rather pay $60 or more for games on ios? Look at the audience reach made possible by Apple. And Apple makes account management and billing easy, returns, advertising, development tools etc. they also ensure security for end users. Is that unfair? I don’t think so.
Reply · Like · Mark as Spam
5 More Comments
Recent