Disney has announced that it will release 'Mulan' via in-app purchase to Disney+ subscribers starting September 4th.

The movie cost Disney about $300 million to make. With theaters closed, the company is hoping to recoup some of its investment. It could also help drive Disney+ subscriptions.

“We thought we would give it a try,” CEO Bob Chapek reasoned, “to try to recapture some of that investment that we’ve got.” He also said the move is a “one-off” and “a chance to learn.” 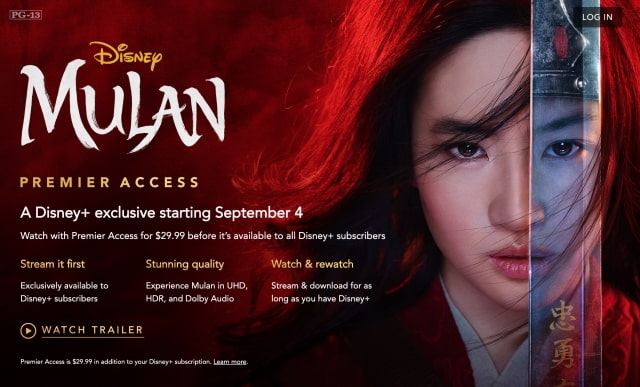