Epic Games has filed a motion for preliminary injunction against Apple which if granted would return Fortnite to the App Store.

---
PLEASE TAKE NOTICE THAT on September 28, 2020, at 9:30 a.m., in the United States District Court for the Northern District of California, before the Honorable Yvonne Gonzalez Rogers, Plaintiff Epic Games, Inc. (“Epic”) will move this Court pursuant to Federal Rule of Civil Procedure 65 for a Preliminary Injunction: (1) restraining Defendant Apple Inc. (“Apple”) from removing, de-listing, refusing to list or otherwise making unavailable the app Fortnite or any other app on Epic’s Team ID ’84 account in Apple’s Developer Program, including any update of such an app, from the App Store on the basis that Fortnite offers in-app payment processing through means other than Apple’s In-App Purchase (“IAP”) or on any pretextual basis; (2) restraining Apple from taking any adverse action against Epic, including but not limited to restricting, suspending, or terminating any other Apple Developer Program account of Epic or its affiliates, on the basis that Epic enabled in-app payment processing in Fortnite through means other than IAP or on the basis of the steps Epic took to do so; (3) restraining Apple from removing, disabling, or modifying Fortnite or any code, script, feature, setting, certification, version or update thereof on any iOS user’s device; and (4) requiring Apple to restore Epic’s Team ID ’84 account in Apple’s Developer Program.
---

Epic asks the court to grant the motion on the grounds that it will likely succeed in proving Apple's conduct violates the Sherman Act and based on its likelihood of suffering irreparable harm due to Apple's removal of Fortnite from the App Store. 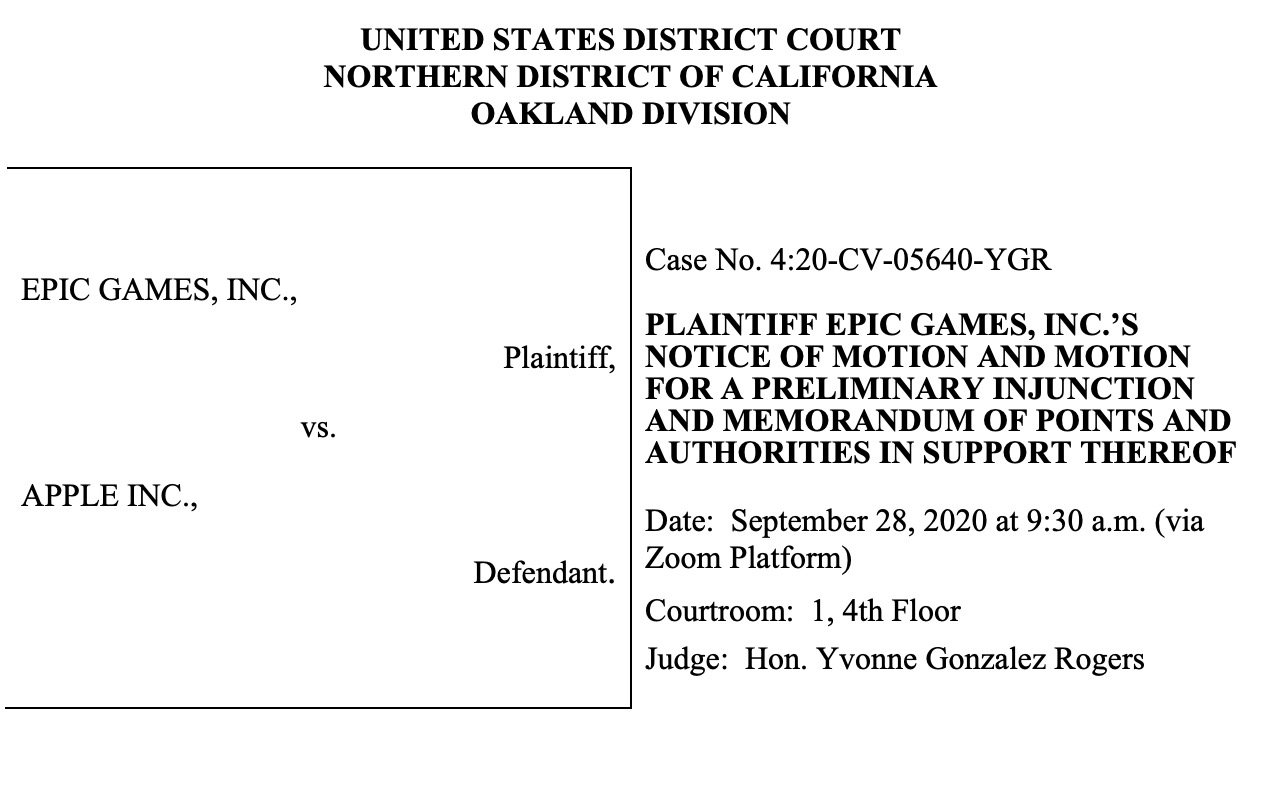