Facebook has formally accused Apple of anticompetitive behavior in a filing with the European Commission.

As part of a public consultation on the Digital Services Act (DSA), Facebook told the EC that the App Store is the only way for developers to reach consumers on Apple devices and claimed Apple has taken steps to privilege its own services to the detriment of others.

The company used the Facebook Gaming app as an example of this. Apple refused to approve the app unless Facebook removed the ability to play cloud-based games.

Facebook also referenced Apple's decision to require user opt-in for in-app ad tracking, questioning whether platforms themselves would be subject to such restrictions.


-----
Please specify which issues you encounter and please explain to what types of platform these are related to (e.g. e-commerce marketplaces, app stores, search engines, operating systems, social networks).

Facebook is a developer that uses the app stores on both major mobile smartphone operating systems to distribute its apps. We have encountered challenges related to app distribution and monetization on Apple’s mobile operating system, iOS, and its associated App Store. Apple’s iOS is one of two mobile smartphone operating systems on consumer devices, and the only one available on Apple devices. The App Store is effectively the only way for developers to reach consumers on Apple devices. Like any app developer, we have faced challenges in the application of Apple’s policies and technical controls around in-app payments, gaming apps, log-in tools, and online advertising. In each category, Apple has made policy and enforcement decisions that privilege its own services and revenue streams to the detriment of others. We describe these policies and practices and their impacts on our business, consumers, and other stakeholders in more detail below.


Have you been affected by unfair contractual terms or unfair practices of very large online platform companies? Please explain your answer in detail, pointing to the effects on your business, your consumers and possibly other stakeholders in the short, medium and long-term?

Yes, we have been affected by unfair contractual terms and unfair practices imposed by Apple with respect to the App Store and on iOS more broadly. The Facebook Gaming app is a focused, gaming-only experience where people can watch streams of others playing games, play instant games, and take part in gaming groups. We launched the Facebook Gaming app in Google’s Play Store for Android in April 2020 and Apple’s iOS App Store in August. The delay in launching the iOS version of Facebook Gaming is attributable to several rejections of the app submitted to Apple’s App Review, for alleged violations of App Store Review Guideline 4.7, which prohibits apps with the “main purpose” of distributing casual games. The version of the Facebook Gaming app that ultimately launched for iOS in August 2020 does not include playable games. The iOS version of Facebook Gaming does not include playable games, unlike the Android version. Thus, consumers on iOS have a sub-optimal experience compared to those using Android. Overall, fewer Facebook users will be able to engage with instant games in mobile settings. For Facebook, over the course of six months, we invested engineering time and resources in developing and submitting alternative versions of the iOS Facebook Gaming app in attempts to satisfy Apple’s requirements while still enabling consumers on iOS to enjoy some aspects of the app. Apple rejected all versions that did not remove people’s ability to play games from within the Facebook Gaming experience. This reduces the appeal of the app on iOS devices. Developers that take advantage of Facebook Gaming as a mobile gaming platform also lose significant opportunity to engage with and attract new users on iOS because people cannot play their games. If App Store Review Guideline 4.7 is applied to the distribution of cloud games accessed through streaming platforms, it will reduce the incentive of developers to create new games that take advantage of the benefits of cloud gaming. With regards to Apple it is well known that mobile games are the most lucrative category of mobile apps worldwide. A significant portion of Apple’s mobile OS revenue comes from purchases of games distributed directly through the App Store, and purchases made from within those games. By largely prohibiting other developers from offering apps that enable consumers to access games not directly distributed through the App Store, Apple is ensuring that consumers on iOS can primarily purchase games and related services only from Apple, and not from other developers.

Yes. We are particularly concerned about policy changes that may affect developers’ ability to offer services that compete with the platform’s own services. For example, large operating system/app store platforms increasingly are imposing tight restrictions around developers’ access to data and to combine data collected across different apps and websites. These activities have long been important to advertising services’ ability to deliver and measure relevant advertising, and their restriction threatens to harm ad-supported online services and the consumers that rely on them. Perhaps more concerning, it is unclear whether the large platforms imposing these restrictions will themselves be subject to such restrictions - or whether their own increasing advertising efforts will continue without such restraints either by not applying the same constraints on their own services or by leveraging solutions they don't make available to third parties (e.g. support for cross app understanding and background computing on-device). Moreover, we are concerned these restrictions may also be motivated, in part, by the platforms’ own business interests such as the increased revenue that some may attain by pushing developers toward in-app payments, of which platforms often claim a significant portion.
----- 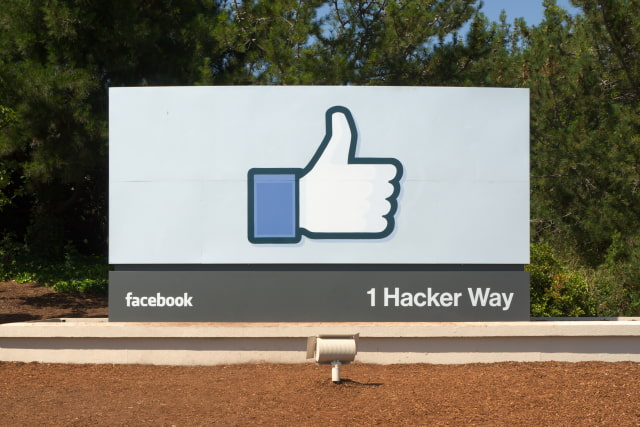 PaulieP - September 10, 2020 at 5:17pm
More like Apple has taken the steps to prevent you from stealing peoples information. Your shit hole Suckerberg sorry Fukerberg, opps I also mean Marcie Suckfukerberg!
Reply · Like · Mark as Spam
Recent