Facebook has posted a notice to Audience Network publishers warning them that their revenue could drop by over 50% once iOS 14 is released.

In iOS 14, developers must request permission to track users across different apps and websites. It's unlikely that many users will grant this permission, leading to a significant reduction in the ability to deliver targeted ads.

-----
Today, Facebook shared how we’re addressing Apple iOS 14 changes, which includes not collecting the identifier for advertisers (IDFA) on our own apps on iOS 14 devices. This is not a change we want to make, but unfortunately Apple’s updates to iOS14 have forced this decision. We know this may severely impact publishers’ ability to monetize through Audience Network on iOS 14, and, despite our best efforts, may render Audience Network so ineffective on iOS 14 that it may not make sense to offer it on iOS 14 in the future.

While it’s difficult to quantify the impact to publishers and developers at this point with so many unknowns, in testing we’ve seen more than a 50% drop in Audience Network publisher revenue when personalization was removed from mobile ad install campaigns. In reality, the impact to Audience Network on iOS 14 may be much more, so we are working on short-and long-term strategies to support publishers through these changes.

We stand in strong support of the developer community and will share updates as we learn more about Apple’s policy and what actions publishers can take. We’ll also release an updated version of the Audience Network SDK to support iOS 14, in line with updates to the Facebook SDK. While the iOS 14 release schedule has not been announced, we plan to release the Audience Network SDK beforehand and will provide an update as soon as these dates are confirmed.

We remain committed to helping the thousands of developers and publishers that rely on ads from Audience Network, and we’re investing time and resources into building monetization products for publishers as well as supporting other platforms outside of iOS 14.
----- 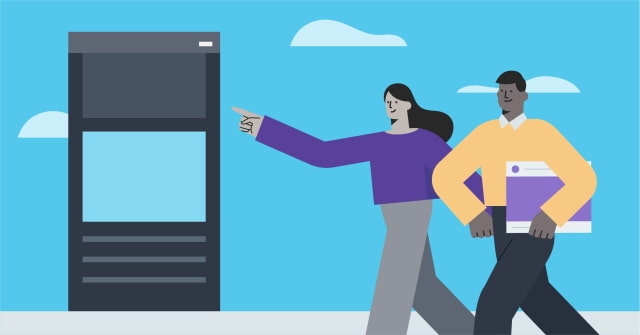 PaulieP - August 27, 2020 at 9:10pm
IClarified, do you monitor childish activities in your forums? Please do, it’s unhelpful to the comments section when trolls cry because they want attention. Might be time for a ban. Again, it’s unnecessary and counterproductive to intellectual conversations.
Reply · Like · Mark as Spam

PaulieP - August 28, 2020 at 6:13pm
You will never get me to leave, you’re a child at best and you’re sad and pathetic. Your comments are a tiny it’s bit annoying but it doesn’t m make me want to leave at all bucko. It just proves I’m right in that you truly are sad and pathetic. You refuse to grow up during a pandemic you choose to try to make other peoples lives worse? Wow, you really are a sad and lonely evil person destined for solitude. You need help or maybe a new boyfriend but not with that attitude. Maybe one day they’ll let you have one when they let you out of the psycho ward if you ever get out.
Reply · Like · Mark as Spam
1

tobybartlett - August 27, 2020 at 3:04pm
Awesome Apple! Facebook needs to be put in its place for the insanely long list of crimes they’ve committed with impunity. Their refusal to modify their business model to one that is legal, doesn’t destroy democracies, doesn’t spread hate and one that actually sees value in privacy *clearly* is not something that they are going to even consider. At first, small groups of activists tried to change Facebook, but they were just too powerful for that. Then over 1,000 of their advertisers large and small tried to change them, but Facebook didn’t even consider it. Maybe, just maybe, the company that sells the most devices that Facebook ends up being installed on will be the straw that breaks this dystopian nightmares crack. Privacy over profit! ✊
Reply · Like · Mark as Spam
1

tobybartlett - August 27, 2020 at 3:11pm
My iPhones autocorrect decided that changing the word “back” to “crack” would be a great chance to show what two trillion dollars can do and humiliate me in the process. Thanks Apple. LOL 😂
Reply · Like · Mark as Spam
11 More Comments
Recent