In an interview with Popular Mechanics, Apple SVP Craig Federighi shared some tidbits on how Apple developed its 'Scribble' handwriting recognition feature for iPad.

iPadOS 14 lets users write on their device with an Apple Pencil and automatically turns that into typed text. To be able to reliably understand written text, Apple had to gather lots of data.

“When it comes to understanding [handwriting] strokes, we do data-gathering. We find people all over the world, and have them write things,” says Craig Federighi, senior vice president of software engineering at Apple. “We give them a Pencil, and we have them write fast, we have them write slow, write at a tilt. All of this variation.”

“If you understand the strokes and how the strokes went down, that can be used to disambiguate what was being written.”

Analyzing what's being written as it's happening requires a lot of computational power. The new iPad can predict what stroke or character you'll write next, all without a cloud connection.

“It’s gotta be happening in real time, right now, on the device that you’re holding,” Federighi says. “Which means that the computational power of the device has to be such that it can do that level of processing locally.”

To use Scribble you'll need an Apple Pencil or Apple Pencil 2, an iPad that supports the pencil, and iPadOS 14. You can a find a list of supported devices below. 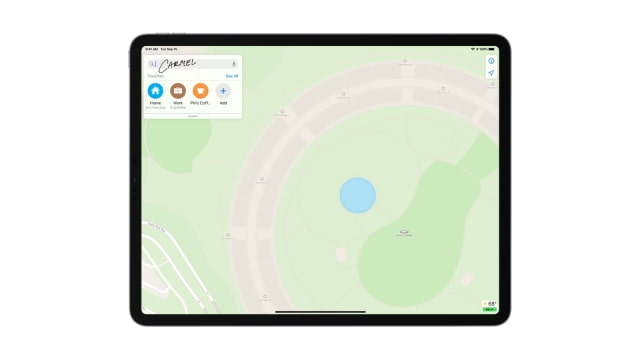