Samsung is mocking Apple for not including a power adapter with the iPhone 12.

Your #Galaxy does give you what you are looking for. From the most basic as a charger, to the best camera, battery, performance, memory and even 120Hz screen on a smartphone.

Apple claims its decision not to include a charger or EarPods with the iPhone 12 is to minimize its environmental footprint; however, it has upset many users who feel the company should include a way to power its thousand dollar device with purchase.

Now that Apple has stopped including a power adapter, how long before Samsung does? 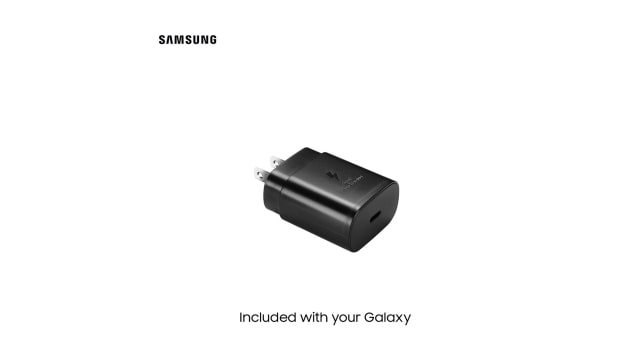 chris7 - October 18, 2020 at 12:16am
Samsung always talk smack then turns around and do the same thing. Just chill and stay in your lane
Reply · Like · Mark as Spam

McApple1 - October 16, 2020 at 1:11pm
Yep, still facepalming through my face until the ginormous hole I left in it devolves into becoming headless. That’s how desperate they still are acting better than those they are after.
Reply · Like · Mark as Spam

Dilbert - October 16, 2020 at 12:58pm
Is this the same company which laughed at Apple for removing the headphone jack before doing exactly the same thing? I don’t need another charger. I’ve got 3 of them spare in the drawer now. It’s a good move and it’s only a matter of time before they’ll all be doing it. It’s a shame the price is so ridiculous, but then the Note is more expensive, so Samsung isn’t exactly giving stuff away either.
Reply · Like · Mark as Spam