Facebook's ads warn users that small businesses and publishers will suffer without the ability to target ads to viewers in iOS. Cook says Facebook will still be able to serve targeted ads and just need to get permission first. Of course, it's unlikely this will happen unless content access is conditional on that permission.

"We believe users should have the choice over the data that is being collected about them and how it’s used. Facebook can continue to track users across apps and websites as before, App Tracking Transparency in iOS 14 will just require that they ask for your permission first." 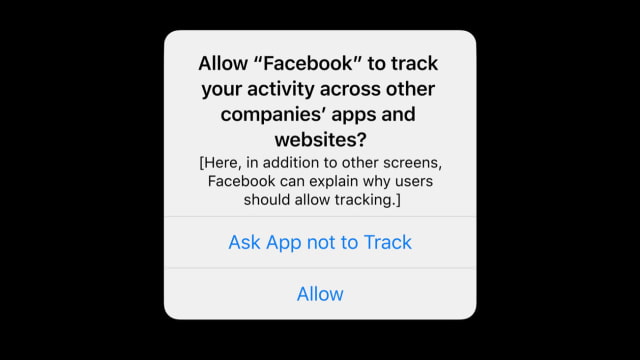