PCalc for macOS has been updated with a fully featured button layout editor alongside various other improvements.

PCalc is the powerful choice for scientists, engineers, students, programmers, or indeed anybody looking for a feature rich calculator. It includes an optional RPN mode and multi-line display, a choice of button layouts, an extensive set of unit conversions and constants, a paper tape, multiple undo and redo, engineering and scientific notation, as well as support for hexadecimal, octal, and binary calculations.

You can purchase PCalc from the App Store for $9.99. 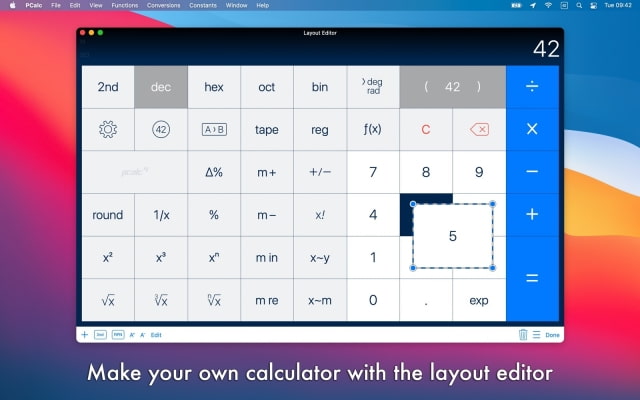 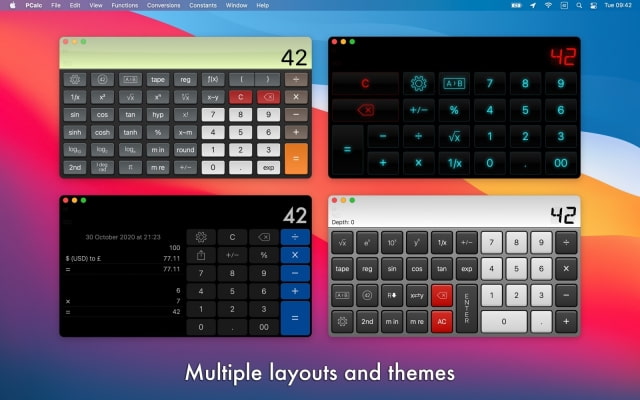 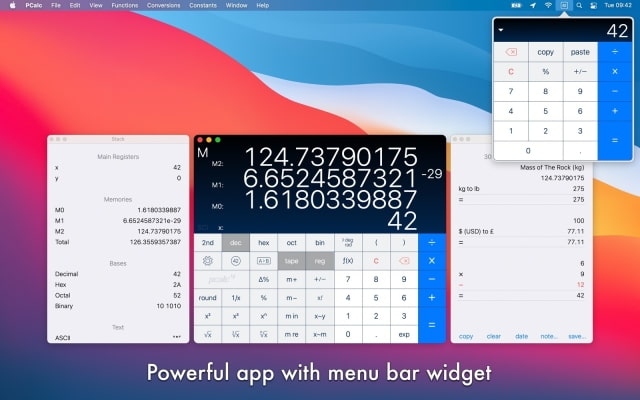