Apple's reason for not bringing its popular iMessage service to Android was revealed in an Epic Games legal filing this week.

According to Epic Games, SVP Eddy Cue testified that Apple “could have made a version on Android that worked with iOS” such that there would “have been cross-compatibility with the iOS platform so that users of both platforms would have been able to exchange messages with one another seamlessly”. (Cue Dep. 92:5-9; 92:11-16.)

SVP Craig Federighi feared that “iMessage on Android would simply serve to remove [an] obstacle to iPhone families giving their kids Android phones”. (PX407, at ‘122.)

In 2016, when a former Apple employee commented that “the #1 most difficult [reason] to leave the Apple universe app is iMessage. . . iMessage amounts to serious lock-in” to the Apple ecosystem, Mr. Schiller commented that “moving iMessage to Android will hurt us more than help us, this email illustrates why”. (PX416, at ‘610; Cue Dep. 114:14-115:2.) 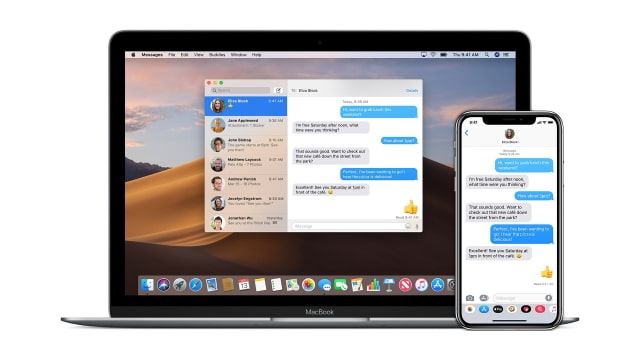 DonSinRostro - April 12, 2021 at 2:35pm
It’s not what the good LordT intended iMessage on a android device is an abomination?
Reply · Like · Mark as Spam

J Desai - April 10, 2021 at 2:28am
I don’t think so. This may be true, initially. Today, there exists multiple cross platform messenger services.
Reply · Like · Mark as Spam

DarkKent - April 9, 2021 at 7:55pm
BS. iMessage. iPhone. I don't have to open my messages up to your phones. There are plenty of cross platform messaging services where you can do the same thing so this is invalid. If coming with iMessage makes you buy and and Android over an iPhone you're just dumb
Reply · Like · Mark as Spam