Check out this 3D printed case for the Apple TV Siri Remote that features a built-in holder for AirTag.
This might be useful if you frequently lose your remote. The case is being sold for $12.99 on Etsy as a PLA print in Galaxy Black, Black, White, Gray, and Glow-in-the-Dark.

This is a made-to-order 3D-printed case designed to fit the Apple TV Siri Remote and hold an Apple AirTag. The AirTag clicks satisfyingly into place, and the Siri Remote fits snugly and securely overtop. An opening on the back is sized to perfectly fit an Apple branded Lightning charging cable, so you can charge the remote without removing the case. Please note, due to the orientation of the AirTag in the case, the loudness of the AirTag speaker may be reduced. 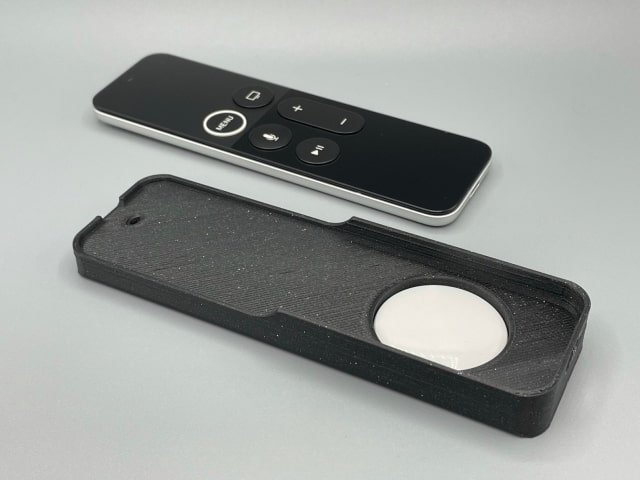 The case fits the Siri Remote for the Apple TV HD and 4K models, it will not fit the older gray remotes or the new 2nd Generation Siri Remote. Dimensions are 126.5mm x 40.5mm x 14mm (LxWxH).

You can also purchase just the STL file to print the case yourself for $1.99.

Unfortunately, Apple's new Siri Remote is not compatible with Find My so we wouldn't be surprised to see a case with an AirTag holder show up for that model as well. You can purchase one AirTag for $29 or four for $99. 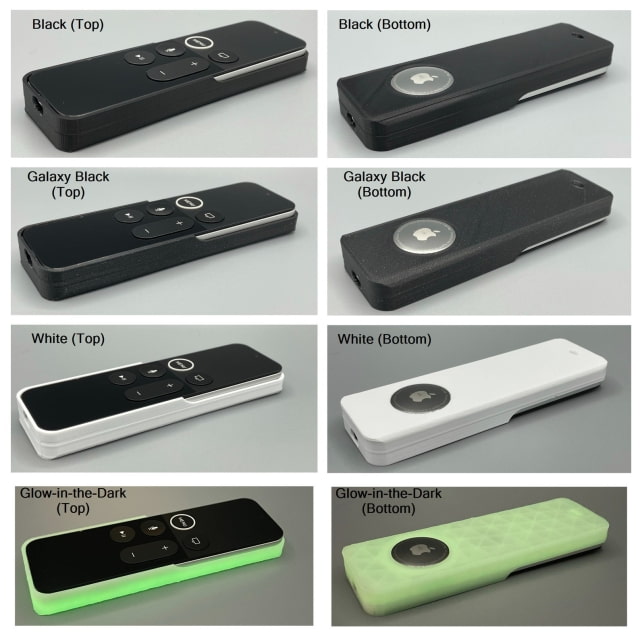