AT&T's WarnerMedia and Discovery have announced a definitive agreement to combine to form a standalone global entertainment company.

Under the terms of the agreement, which is structured as an all-stock, Reverse Morris Trust transaction, AT&T would receive $43 billion (subject to adjustment) in a combination of cash, debt securities, and WarnerMedia’s retention of certain debt, and AT&T’s shareholders would receive stock representing 71% of the new company; Discovery shareholders would own 29% of the new company. The Boards of Directors of both AT&T and Discovery have approved the transaction.

The new company will compete globally in the fast-growing direct-to-consumer business -- bringing compelling content to DTC subscribers across its portfolio, including HBO Max and the recently launched discovery+. The transaction will combine WarnerMedia’s storied content library of popular and valuable IP with Discovery’s global footprint, trove of local-language content and deep regional expertise across more than 200 countries and territories. The new company will be able to invest in more original content for its streaming services, enhance the programming options across its global linear pay TV and broadcast channels, and offer more innovative video experiences and consumer choices. 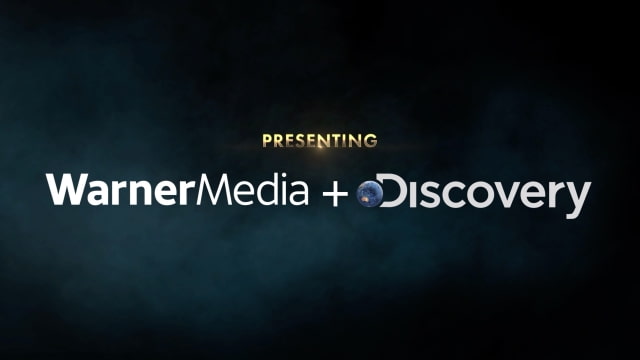 The companies expect the transaction will create substantial value for AT&T and Discovery shareholders by:
● Bringing together the strongest leadership teams, content creators, and high-quality series and film libraries in the media business.
● Accelerating both companies’ plans for leading direct-to-consumer (DTC) streaming services for global consumers.
● Uniting complementary and diverse content strengths with broad appeal — WarnerMedia’s robust studios and portfolio of iconic scripted entertainment, animation, news and sports with Discovery’s global leadership in unscripted and international entertainment and sports.
● Forming a new company that will have significant scale and investment resources with projected 2023 Revenue of approximately $52 billion, adjusted EBITDA of approximately $14 billion, and an industry leading Free Cash Flow conversion rate of approximately 60%.
● Creating at least $3 billion in expected cost synergies annually for the new company to increase its investment in content and digital innovation, and to scale its global DTC business.
● For AT&T and its shareholders, this transaction provides an opportunity to unlock value in its media assets and to better position the media business to take advantage of the attractive DTC trends in the industry. Additionally, the transaction allows the company to better capitalize on the longer-term demand for connectivity: 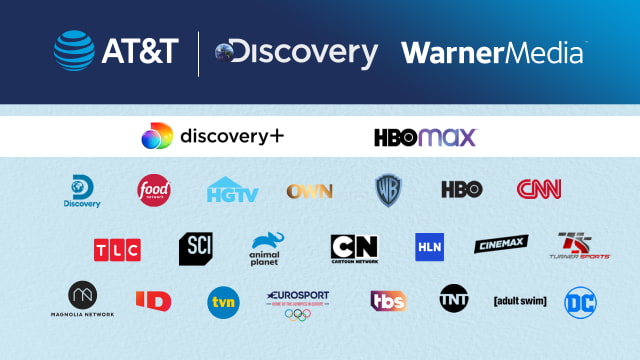 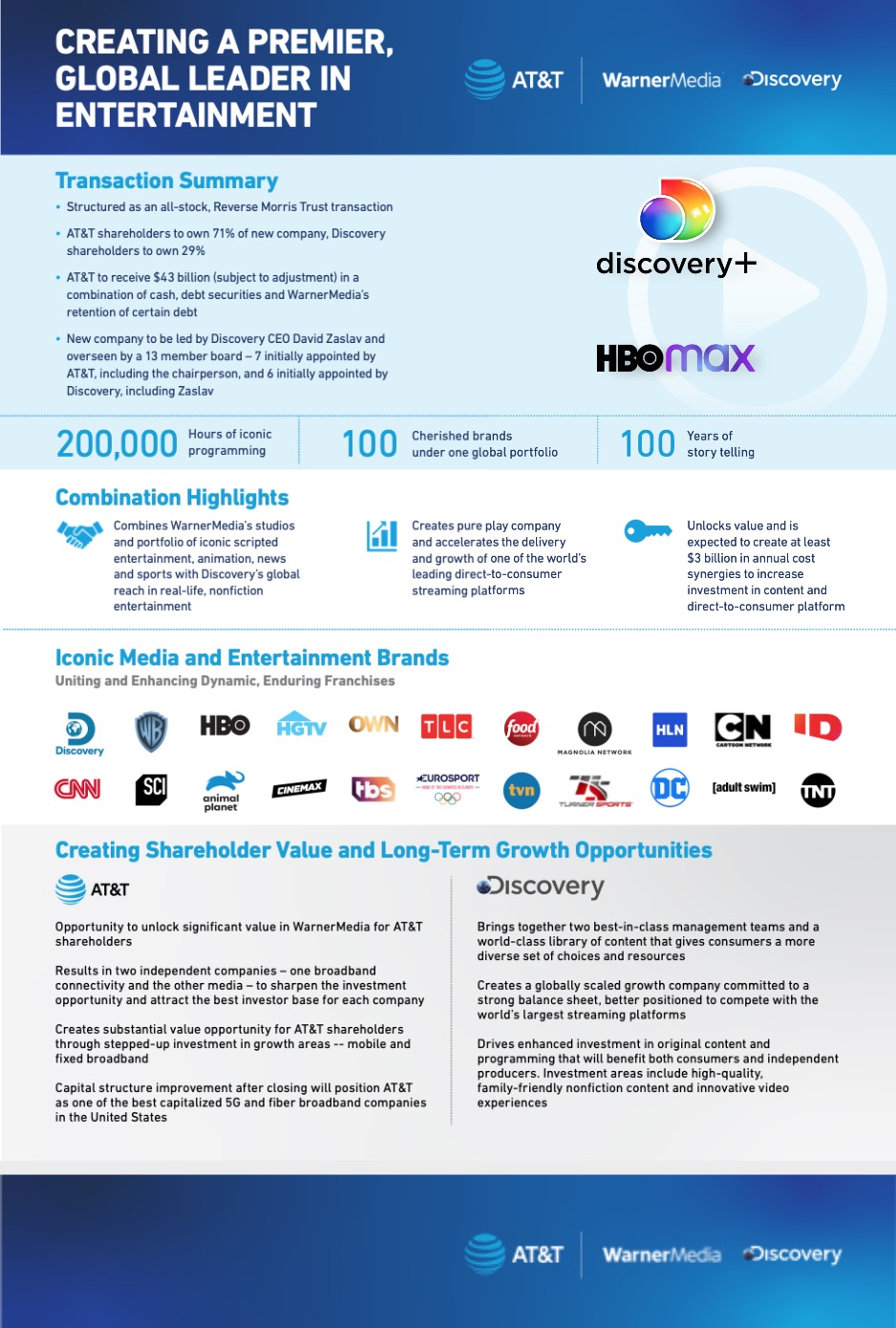