It seems as though the iPhone applications missing from the iPad may stay missing, at least in OS 3.2.

According to Daring Fireball's John Gruber, the applications were scraped by Steve Jobs because of how they looked when scaled for the iPad.

It wasn’t a technical problem, it was a design problem. There were, internally to Apple (of course), versions of these apps (or least some of them) with upscaled iPad-sized graphics, but otherwise the same UI and layout as the iPhone versions. Ends up that just blowing up iPhone apps to fill the iPad screen looks and feels weird, even if you use higher-resolution graphics so that nothing looks pixelated. So they were scrapped by you-know-who. Perhaps they’ll appear on the iPad in some re-imagined form this summer with OS 4.0, but when the iPad ships next month, there won’t be versions of these apps. At least that’s the story I’ve heard from a few well-informed little birdies.

Unfortunately Gruber has heard that they won't be coming as widgets either... 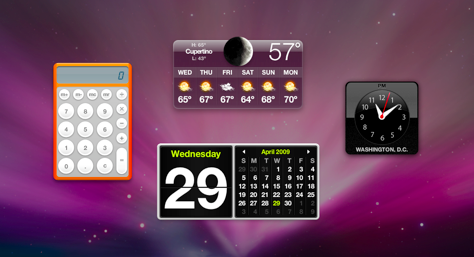