Here's the full list of the Macs compatible with macOS Monterey.

You can learn more about the new features in macOS Monterey here. 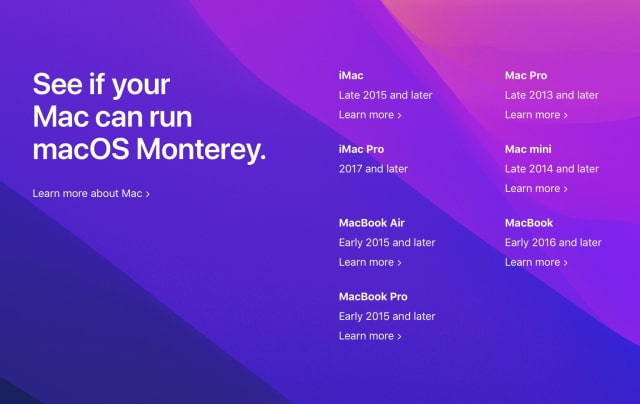