Apple is asking developers if they'd attend an in-person Worldwide Developers Conference after experiencing a virtual one.

The following question was posted to developers as part of a post WWDC survey.

How likely would you be to attend an in person conference after experiencing an all-online event?

Would you like to see Apple bring back its in-person event? Let us know what you think in the comments. You can take Apple's survey here. 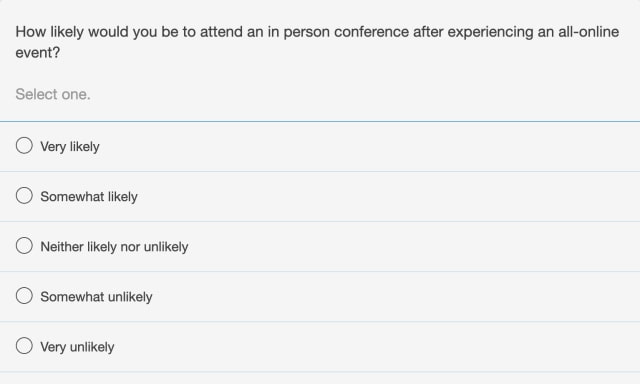