Apple has created a new MagSafe iPhone display stand for its retail stores. The stand eliminates clutter, getting rid of the Lightning docks and positioning the phones at a better viewing angle for customers.

Apple’s latest solution replaces Lightning docks entirely in favor of four MagSafe chargers mounted on stainless steel arms. The new design elevates iPhones from the table, making the devices appear to float when viewed from the front. Each iPhone is easier to pick up and replace, and MagSafe accommodates a more accessible viewing angle when docked. 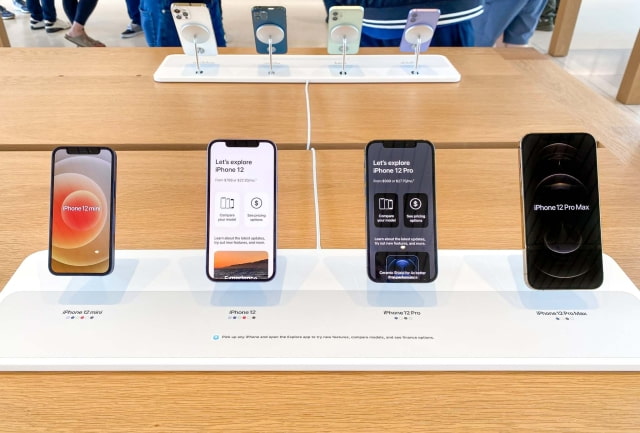 Additionally, there are now retractable security tethers for each phone and the entire display solution is powered by just one cable.

The new risers have only been spotted at the Apple Park Visitor Center so far; however, it's likely they will get rolled out to retail store locations. 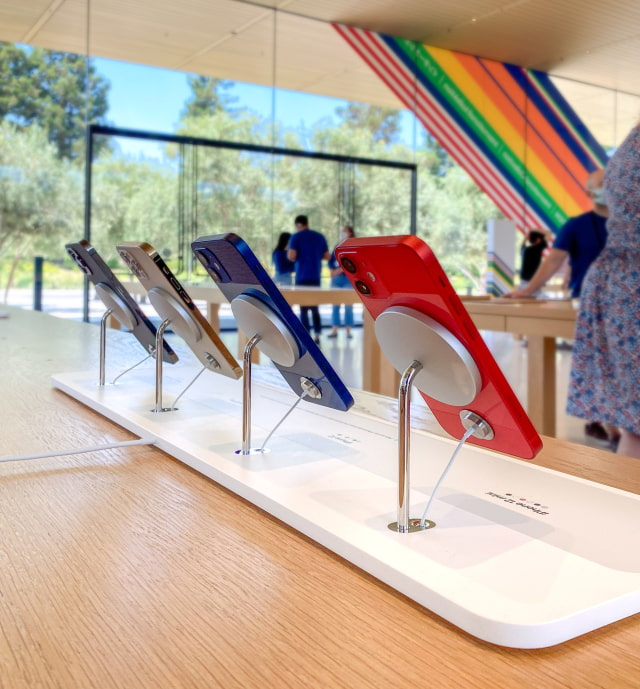