Apple released iOS 15.0.2 today fixing a vulnerability that could be used for a future jailbreak of iOS 14 and iOS 15.

The vulnerability, credited to an anonymous researcher, was detailed in the security release notes for iOS 15.0.2.

● Impact: An application may be able to execute arbitrary code with kernel privileges. Apple is aware of a report that this issue may have been actively exploited.

In the last iOS security update (15.0.2) Apple fixed a vulnerability in IOMobileFrameBuffer/AppleCLCD, which they specified was exploited in the wild (CVE-2021-30883). This attack surface is highly interesting because it’s accessible from the app sandbox (so it’s great for jailbreaks) and many other processes, making it a good candidate for LPEs exploits in chains (WebContent, etc.). 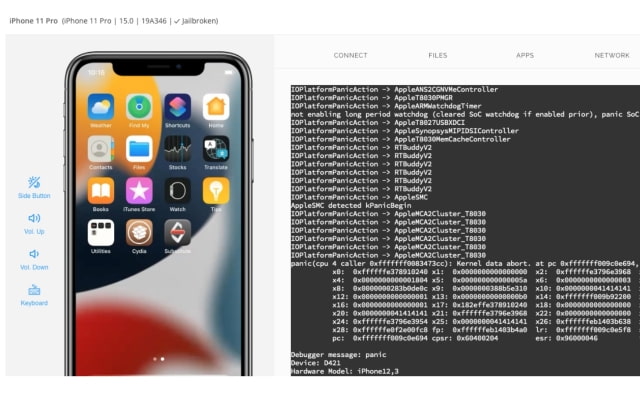