"We're delighted to report 43 percent revenue growth and the strongest March quarter revenue and earnings in Apple's history," said Steve Jobs, Apple's CEO. "With over $17 billion in revenue for the first half of our fiscal year, we have strong momentum to launch some terrific new products in the coming quarters."

"We're thrilled to have generated $4 billion in cash flow from operations in the first half of fiscal 2008, yielding an ending cash balance of $19.4 billion," said Peter Oppenheimer, Apple's CFO. "Looking ahead to the third quarter of fiscal 2008, we expect revenue of about $7.2 billion and earnings per diluted share of about $1.00." 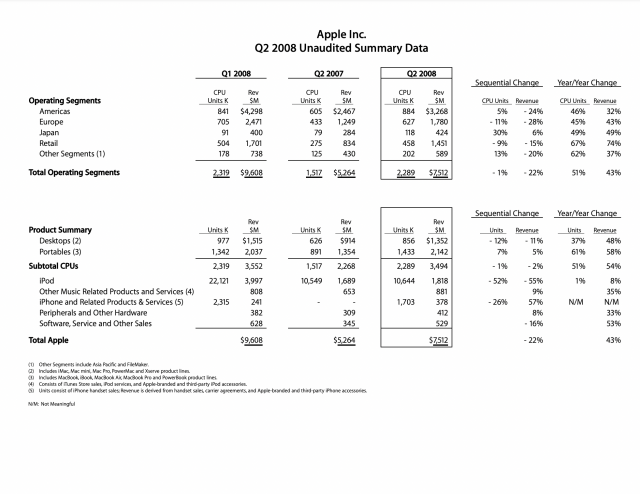