Apple is planning to build a new 'prototype' store in downtown Palo Alto, reports Mercury News. according to city planning officials, construction is set to begin 'any day now'.

A building permit was issued December 12th for a two-story structure at 340 University Ave., about a block away from the existing store. Apple has requested a permit to demolish the old Liddicoats building that currently occupies the 9,250-square-foot lot and already completed a pedestrian bypass tunnel in front of the site.

The new story will have a glass roof and facade that lets light flood into the 15,030 square-foot store. Mercury News notes that stone and steel are important parts of the design and a basement and rear mezzanine will be used for office space and storage. The architectural firm behind the design is Bohlin Cywinski Jackson.

"It's a very unique building," Palo Alto planning manager Steven Turner told The Daily News. "The retail space within the building is very visible to pedestrians who are walking past."

As usual, Apple had little to say about the $3.15 million project.

"Our Palo Alto store was one of our first retail stores when we opened it nearly a decade ago and it's been incredibly popular," company spokeswoman Amy Bessette said. "We are planning a beautiful new store just a few steps away, building on everything we've learned from our customers in Palo Alto and around the world." 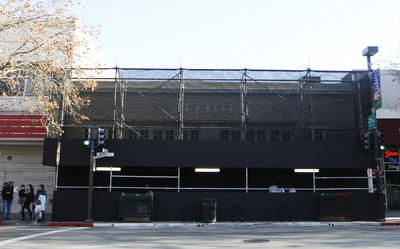 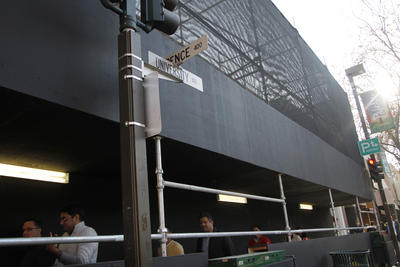 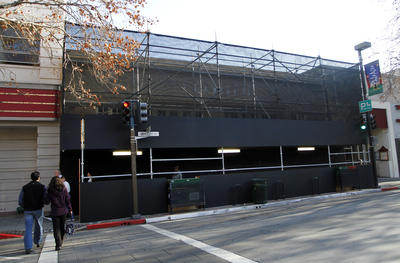 Junaid - December 22, 2011 at 6:32pm
Middle East is also very promising market... Here people come from all around the world all year long. Residents love to shop and expatriate shop for their friends and family.
Reply · Like · Mark as Spam

MrEdofCourse - December 22, 2011 at 5:45pm
This is the old Z Gallery space next to CVS (the old Longs space). I'm sure it will be nice, but I was hoping they would take the old Borders Books space. Traffic is going to be a mess with so many people now trying to use that parking lot. Where the current Apple Store is, there is no direct parking lot, so people park spread out around the area. Maybe (hoping) there won't be a rear exit?
Reply · Like · Mark as Spam