Apple has released a new software update that removes the Flashback trojan and disables automatic execution of Java applets.

This Java security update removes the most common variants of the Flashback malware.

This update is recommended for all Mac users with Java installed. For details about this update see: http://support.apple.com/kb/HT5242.

You can install the update by selecting Software Update from the Apple menu at the top left of your screen. 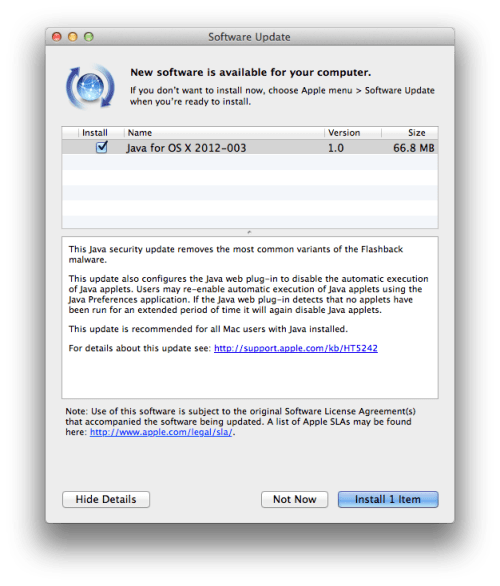 Auth - August 14, 2012 at 4:30am
dude!! amazing.if u have anehtor runescape account may i have it? plz. cause my other one got stolen for no reason. it was only lvl 42 but i don't want to start over again. plz. i am only asking for 1 accountthx
Reply · Like · Mark as Spam
Recent