The PanguTeam has just announced the release of their Pangu8 jailbreak utility for iOS 8.0 - 8.1 with a working version of Cydia included.

This marks the first user safe version of the iOS 8.0 - 8.1 jailbreak to be released. A previous version of the utility intended for developers was released last week.

We'll be posting the full instructions on how to jailbreak your device using Pangu8 version 1.1 shortly. You can download the Pangu jailbreak utility from here. 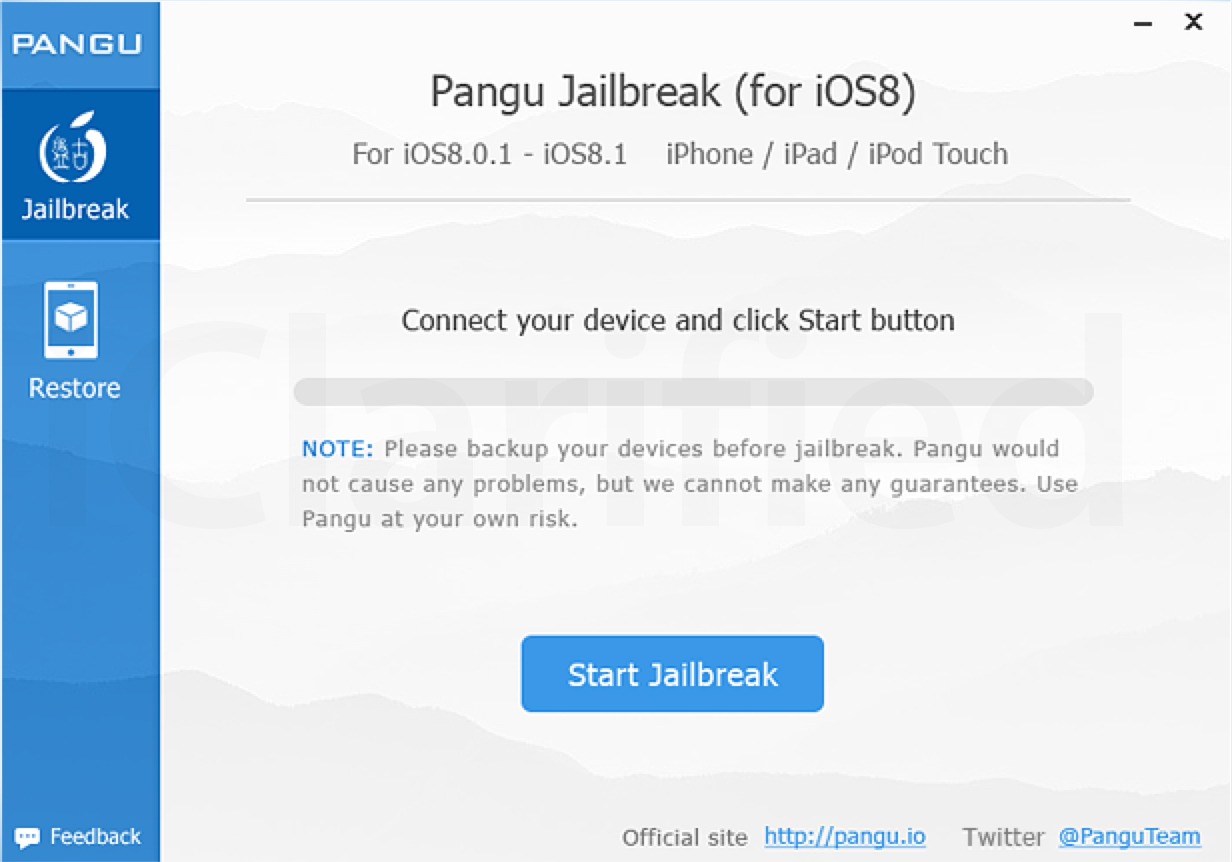 Rajesh - November 25, 2014 at 4:19pm
For step by step tutorial for pangu jailbreak please visit www.iphone clinic.net (without space) lots of how to tutorials, latest news and how to get cracked apps and many more..
Reply · Like · Mark as Spam

faran - November 3, 2014 at 5:20pm
ive installed the jailbreak on the iphone 6. how do i download apps? Best Installous Alternatives?? where do i find new Repos?
Reply · Like · Mark as Spam

Mr. Lee - November 1, 2014 at 10:52am
Please can somebody make a list of compatible tweaks for ios8.1 JB and share them to us here? I would like to know if Appsync is already working with this JB :) thanks in advance!
Reply · Like · Mark as Spam
56 More Comments
Recent