The Launcher app which features a Notification Center widget that can be used to quickly perform various tasks has been allowed back into the App Store, with all its original features. Apple had previously removed the app due to its 'misuse' of widgets.

Developer Greg Gardner continually tried to resubmit different variations of the app in hopes that Apple would accept a version. Earlier this month, a limited version did gain approval. When Apple was asked why that one did and the original did not, reviewers went back and looked at the original app and decided its functionality was now acceptable.

According to Gardner, he did not have to remove any of the original Launcher features to get it re-approved in the App Store. Apple reportedly told him that when a new feature first launches, they are conservative about what they allow, but restrictions sometimes relax over time. "That is what appears to have happened in this case," Gardner told MacRumors.

FEATURES:
- Innovative auto-setup of launchers which will set up contact launchers for the people most important to you and your most frequently used apps.
- Incredibly easy setup and editing of launchers. Just a few taps and you're done.
- Many different icon choices so that you can configure each launcher just how you like it.
- Ability to create custom launchers for apps and actions that aren't yet supported.
- Pro Version users get the ability to change the icon sizes and hide labels to make widget more compact.

With just one tap in the Notification Center you can:
- Call, message, email, and facetime the people you contact the most.
- Get directions home or search for nearby restaurants, coffee shops, or whatever you're looking for at your current location.
- Quickly access your favorite web sites.
- Perform actions within a number of apps. Send a Yo, load a specific page on Facebook, fire off a canned email, tweet, run Workflows, and more.
- Launch your most frequently used apps -- thousands of apps built-in. (NOTE: Not all apps on your device are supported, see the NOTE below)

Upgrading to the Pro Version (with an in-app purchase) enables 3 more rows of launchers and the ability to customize the size of the widget by changing the size of the icons and/or hiding the labels.

You can download Launcher with Notification Center Widget from the App Store for free. 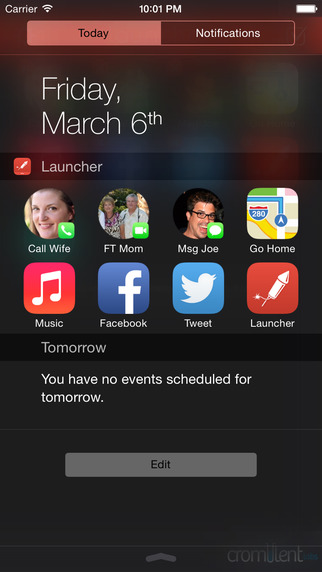 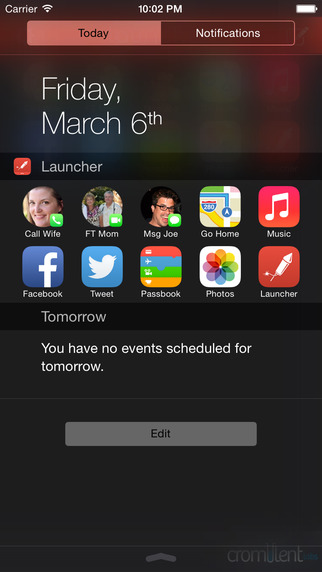 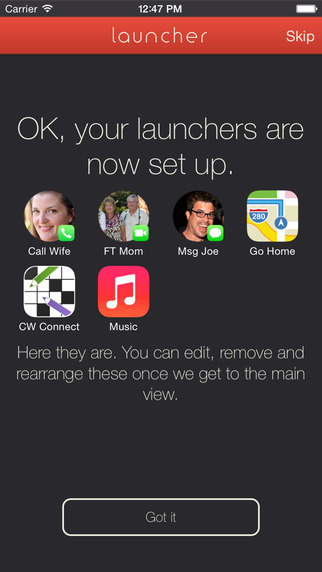 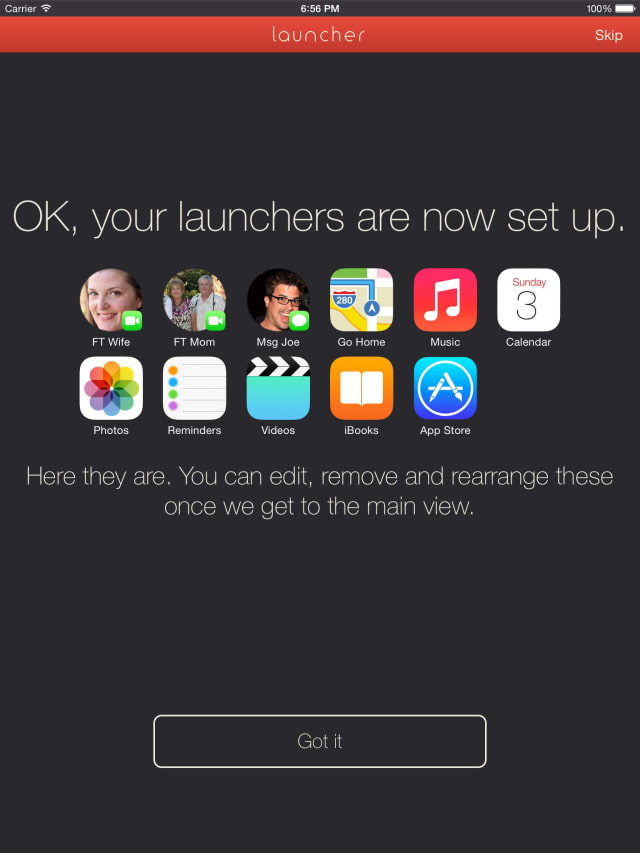 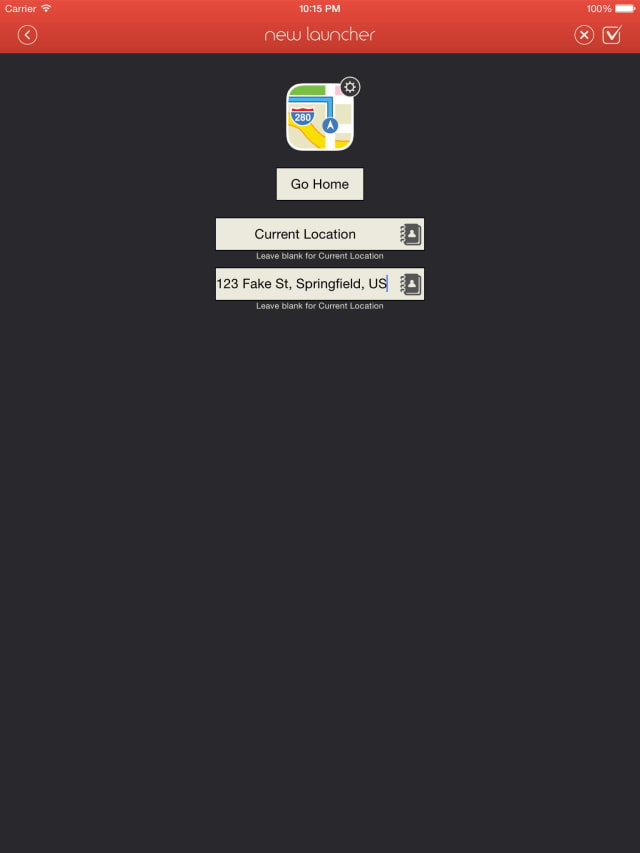