The just released iOS 8.4 beta 1 firmware has been jailbroken by Stefan Esser, also known as i0n1c.

The security researcher posted video proof of his jailbreak to YouTube earlier today.

today I am delighted to share this video of a proof of concept iOS 8.4-beta 1 jailbreak that I was working on the last 4 days. Of course this video will trigger haters all over the jailbreaking scene that for some reason believe they can decide what a person is allowed to do or not do with their work. Haters gonna hate. So just ignore the haters and never let them tell you what you have to do. In that regard never let anyone bully you and stop you from showing your own hard work. Peace!

The major vulnerability used in here was found right after the SyScan 2015 security conference when I was relaxing in Singapore from several weeks of training and conferences. The vulnerability itself is however not new to iOS. Instead it is inside the code virtually forever. But the code of this jailbreak has nothing at all todo with the previous CyberElevat0r for iOS 7.1.1 - it does not share a single line of code.

I am not showing persistence or an untether at the moment because something is broken with it. But hey this is just a first proof of concept.
-----

I0n1c also tweeted the photo below saying, "It is holy Sunday so let me leave this here as a starter ... #iOS_8_4_jailbroken."

While its good news to hear a jailbreak for iOS 8.4 is still possible, i0n1c hasn't released a public jailbreak since iOS 4.3.1, despite having successfully jailbroken more recent firmware versions. 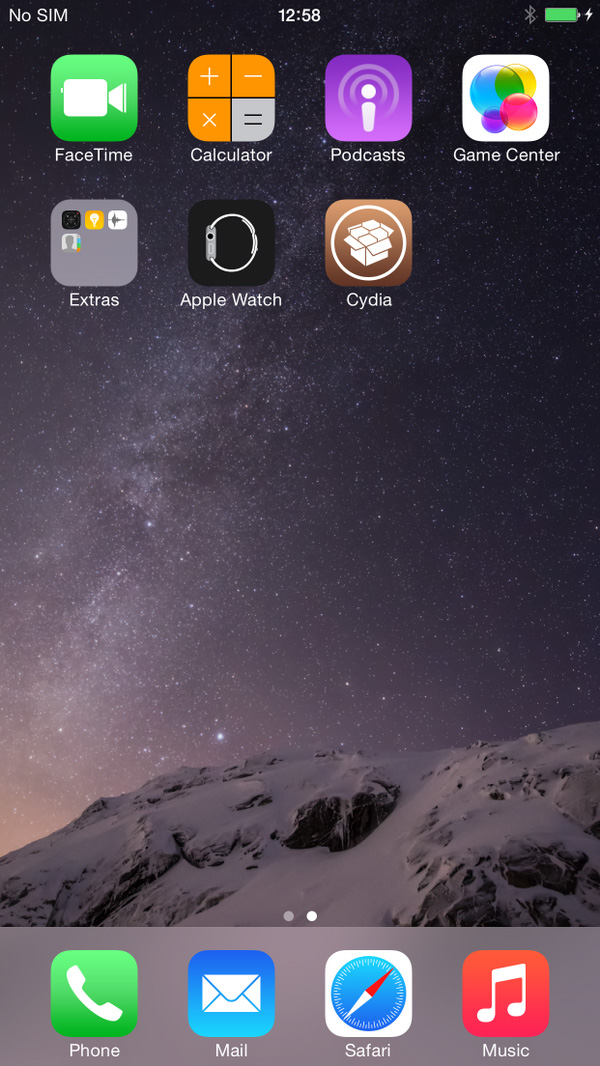 Crooked samsheeps - April 21, 2015 at 9:42am
Dude!!! Samsung is easy to blind, explains why you don't even understand what Apple themselves have to do with jailbreak. Samsheeps always mislead everything. Biggest job of their CEO their is, that's troll for you!
Reply · Like · Mark as Spam

UncleGrandpa - April 21, 2015 at 4:08am
This guy (ionic) is the biggest douchebag/trollboy in the entire jailbreak scene. The other comment was spot on. He does this crap trying to solicit for his "security" company and trying to get a job with Apple. He hasn't released a jailbreak in years, nor will he. Any of you that think otherwise are compete idiots. The best thing that could happen for the jailbreaking community would be for western jail breakers to get back in the scene and make it fun and cool again, like in the good ole Redsn0w days. IPSW stitching, custom boot images, baseband flashing. Tethered jailbreaks before untethers were released. All those little tweaks and add-ons made jailbreaking fun, and kept it honest. If you didn't know what you were doing, you didn't jailbreak. Especially if it was tethered. In my opinion, if you can't boot tethered...you shouldn't be jailbreaking at all. But back to my point. Ionic is a douche and he won't release S***.
Reply · Like · Mark as Spam

Im1ssSn0w - April 21, 2015 at 2:49pm
Good point on the recent lackluster jailbreaks. Actually they tried to add crap you didn't want (Chinese hackstore) instead of features that you DID actually want and which were useful for accomplished jailbreakers and iOS tweakers. What happened to the old and trusted jailbreak devs? Where are you guys? iH8sn0w, Pod2g, Planetbeing...where are you? Furthermore, this i0n1c guy....what can I really say that everyone else on this comment section already hasn't? He's a whiny crybaby b**** that has a few exploits lying around but never releases. I get that. I understand finding an exploit and keeping it for yourself as a dev, so that you can always jailbreak iOS if wanted. iH8sn0w has his iBoot exploit, and I'm sure the other devs do as well. But if you want to call yourself a part of the jailbreak community, ionic, then instead of taunting...CONTRIBUTE!!!!
Reply · Like · Mark as Spam