Morgan Stanley has published a research note from analyst Katy Huberty that predicts sales of the iPhone will drop in 2016 for the first time ever.

Business Insider says Huberty expects unit sales of the iPhone to decline in fiscal 2016 by nearly 6% (or 2.9% in the 2016 calendar year). Even in post-iPhone 5s period Apple has never had negative unit sales growth.

The drop in predicted unit sales is being blamed on "higher prices in international markets (ex-China) and maturing smartphone penetration in developed markets weighs on upgrades and new user growth."

KGI Securities analyst Ming-Chi Kuo has also predicted a drop in iPhone 6s sales. Kuo noted that the iPhone 6s may not sell as well as the iPhone 6 with a possible 30%-40% decline in quarter over quarter shipments. 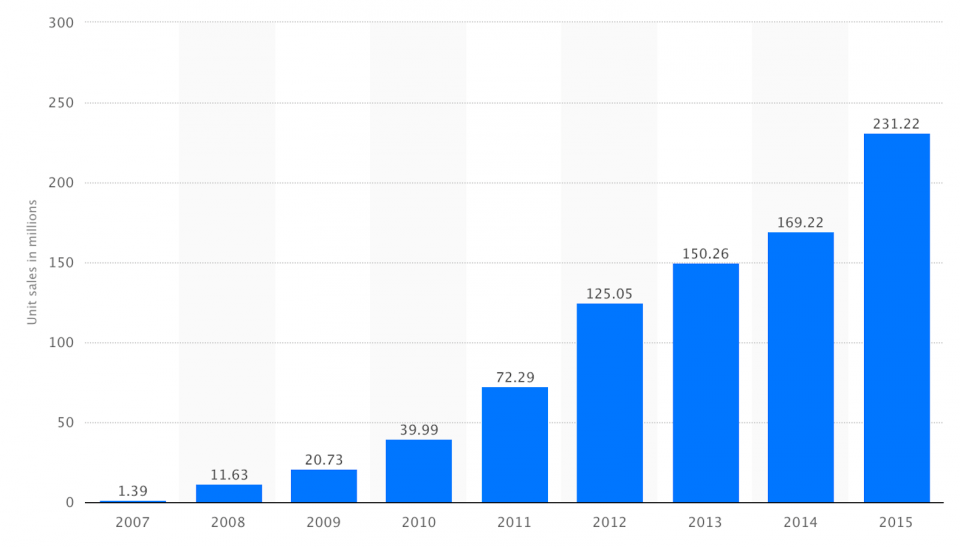 paulMOGG - December 14, 2015 at 9:56pm
I guess Morgan Stanley are trying to keep them selves in the limelight with their prediction about iphone sales in 2016 and it seems that MS are clutching at straws to do this ... Anyway who really cares what this old company 'thinks' ?
Reply · Like · Mark as Spam

Well... - December 14, 2015 at 5:37pm
It probably depends on where people live and if the deals are making it that easy to get one like mobiles iPhone upgrade program paying $5 monthly. To be it's not too expensive but I get them at price drops (black Friday or after a year it's been on the market.
Reply · Like · Mark as Spam

Dan - December 14, 2015 at 5:31pm
Pretty stupid call on Morgan Stanley and they are basing this off of hmmm their magic ball. Wall Street has notoriously failed at calling the tech market.
Reply · Like · Mark as Spam
8 More Comments
Recent