Live for Groups and Events
Facebook is rolling out the ability to go live in Facebook Groups and Facebook Events. Live in Groups allows you to broadcast to just the people in the Facebook Group – so you can go live in your family group, or share a workout plan in a fitness group. Live in Events means you can go live from a birthday party to allow those that can’t make it to join the fun, and a performer can go live backstage to the people who’ve RSVP-ed to the event to give them a sneak peak. You can also use Events to schedule a live Q&A session. 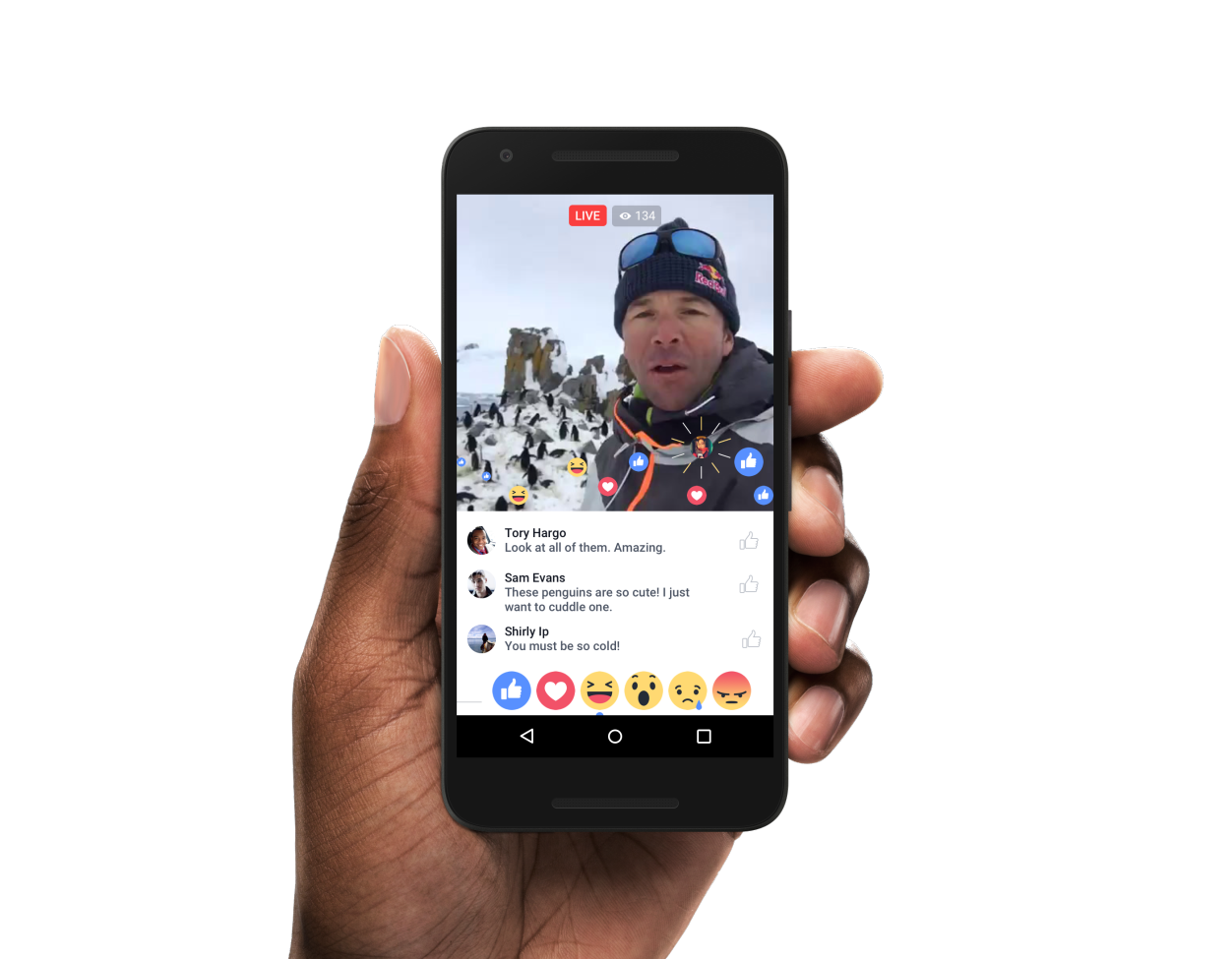 Live Reactions, Replay Comments, Live Filters
Using the same reactions Facebook launched in News Feed, viewers can select Love, Haha, Wow, Sad or Angry, and the reactions animate right on top of the video. Live Reactions appear in real time and disappear quickly. When your friend reacts to your video or to a video you are both watching together you’ll see their profile pic and a little starburst before their reaction appears.

The new replay comments feature lets people watching the broadcast after the fact see comments as they happened during the live broadcast.

Additionally, Facebook has introduced a set of five Live Filters for video, and soon they’ll add the ability to draw or doodle on your video while live. 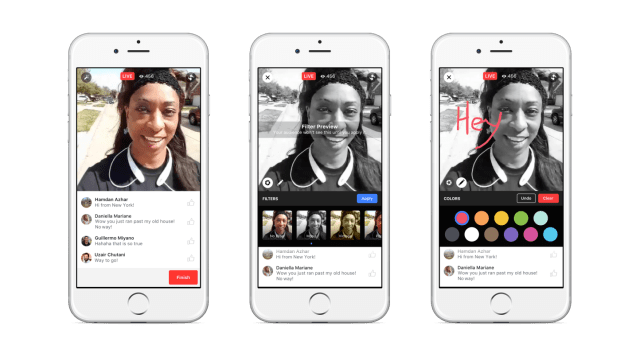 Invite Friends, Live Video Destination and Live Map
Starting today you can send an invitation to a friend to watch with you right from the live video. Simply tap on the invite icon and select the friend you want to invite and they will receive a push notification with your invitation. 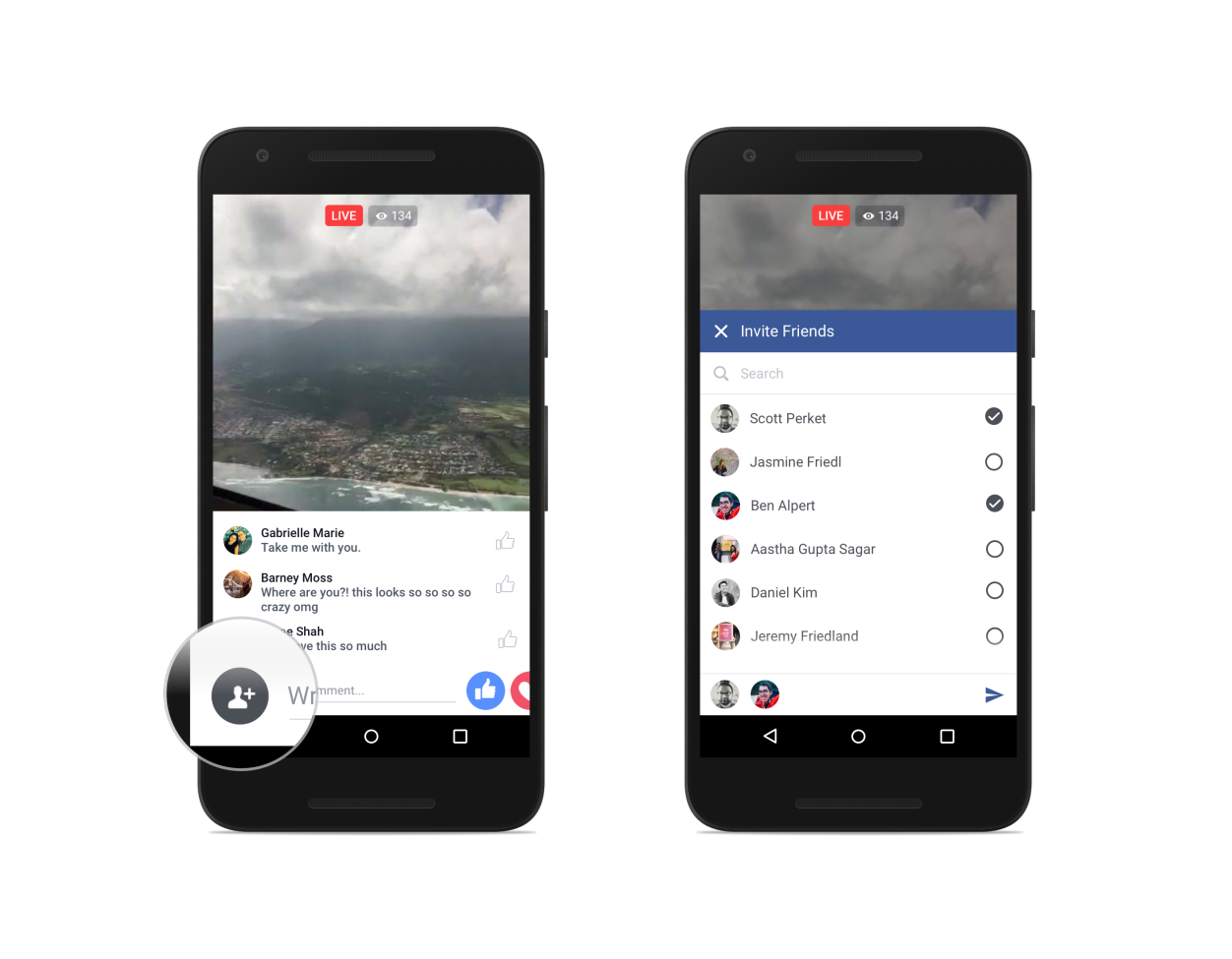 There's a new dedicated place on Facebook’s mobile app where you can discover live video. From that place, you can also search live and non-live videos, and choose to go live yourself. Tap on the new video icon in the app to navigate to this new space.

For desktop users there is a new Facebook Live Map which lets you explore public live broadcasts. 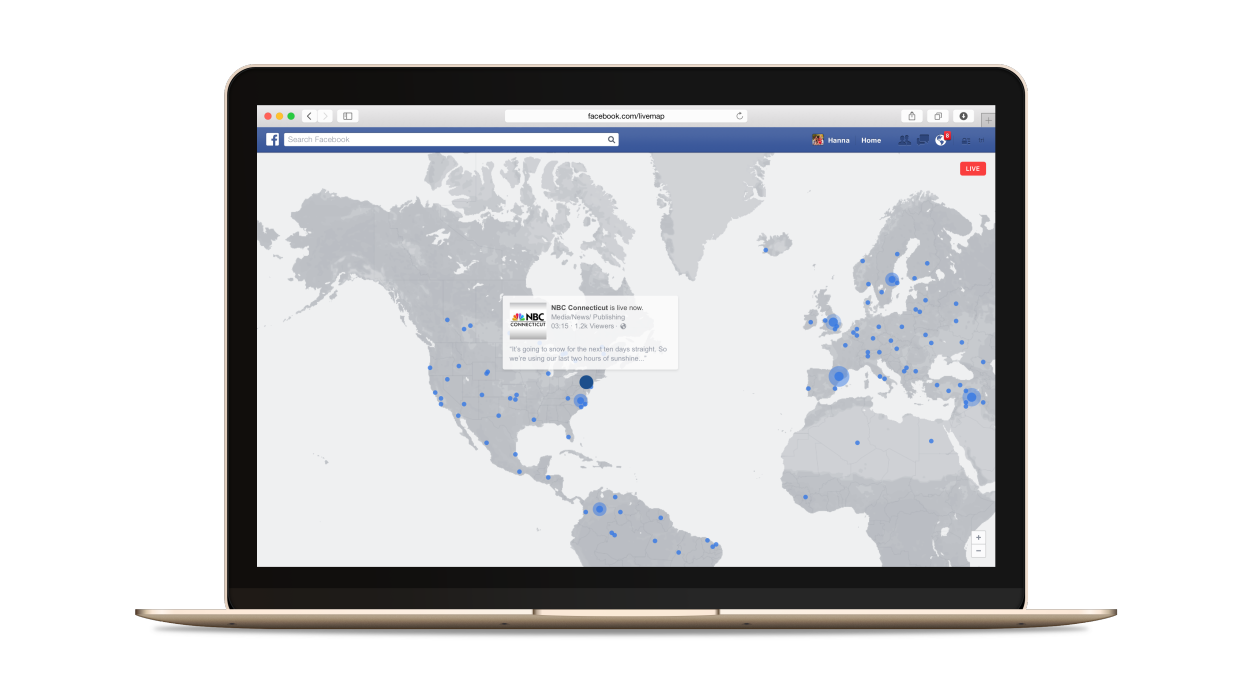 These features will be rolling out on iOS and Android over the coming weeks. You can download Facebook from the App Store for free.