Apple's next generation iPhone will reportedly feature IP68 water resistance, an improvement on the IP67 rating of the iPhone 7, according to the Korea Herald.

“Apple’s iPhone 8 will feature the IP68 rating protection as part of drastic upgrades marking the 10th anniversary of the iPhone this year,” an industry source told The Investor on condition of anonymity.

Currently, the Galaxy S7 has an IP68 rating which means it can handle submersion for 30 minutes in 1.5 meters of water. The iPhone 7's IP67 rating means it can handle being under 1 meter of water for half an hour. Both are protected from total dust ingress. 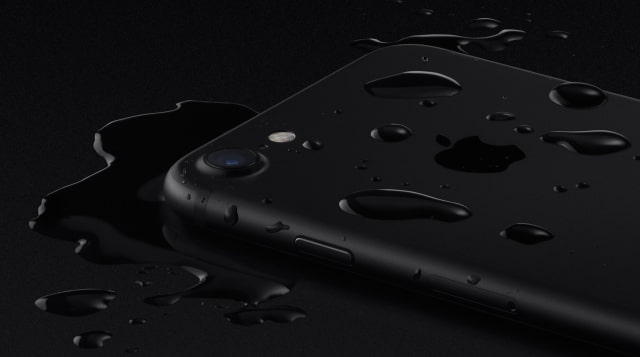 Thatcher - January 20, 2017 at 8:17am
Hahah what's next wireless charging.....Apple revolutionising once again. Makes me laugh how people accuse other companies of copying Apple products when they seem to just introduce Android features a couple of years later on the iPhone. Oh well, at least Apple are on a downward spiral since Steve died.
Reply · Like · Mark as Spam

PeterJ - January 14, 2017 at 1:36am
I expect nothing less than Thermal Camera, Wireless charging, RF cloning capabilities, 8X zoom, Retina security scanner, Temp sensor, It has to come with Wireless airpods, and scratch free 5.5 screen and 128GB as a minimum. Thanks
Reply · Like · Mark as Spam

Really? - January 14, 2017 at 3:50am
The solution is to step into 2017 and get a pair of Bluetooth earphones in order to achieve full wireless and full waterproofing we need to start somewhere. The transition will suck but the end result will be much better.
Reply · Like · Mark as Spam
8 More Comments
Recent