Apple has decided to delay some iOS features planned for 2018 to focus on quality and performance, according to Axios. The company has suffered criticism lately for slew of bugs and security vulnerabilities in its software for both iOS and macOS.

Software head Craig Federighi announced the revised plan to employees at a meeting earlier this month, shortly before he and some top lieutenants headed to a company offsite. On the cutting board: Pushed into 2019 are a number of features including a refresh of the home screen and in-car user interfaces, improvements to core apps like mail and updates to the picture-taking, photo editing and sharing experiences.

Some inside the team question whether the new focus will actually lead to higher quality, reports Axios. Additionally, customers tend to pay for new features rather than security or reliability, which are difficult to assess at time of purchase.

Apple is still planning to make improvements in augmented realty, digital health, and parental controls. The company will likely unveil its next major software update at WWDC 2018. 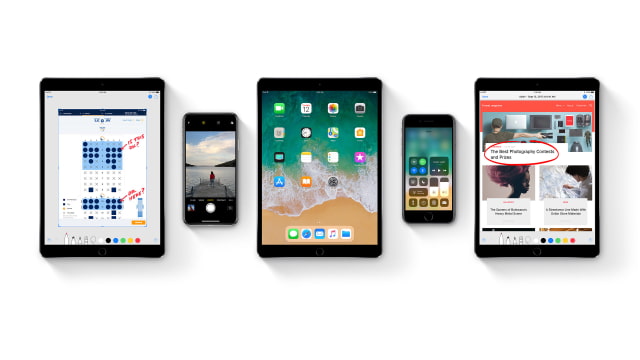 Slowdown - February 1, 2018 at 2:27am
Oh please, why is this even newsworthy. Get the job done already! This is standard procedure, they charge enough to add features and focus on security and performance!
Reply · Like · Mark as Spam
0

D4xM4Nx - January 31, 2018 at 9:40am
About damn time! As for the team members doubting if they can make it... they're all welcome to leave Apple HQ ASAP. Can't have stuff actually done with a mediocre mindset.
Reply · Like · Mark as Spam
0

Ocanefun - January 31, 2018 at 2:16am
Great idea! Software excites me much more. Same goes for the hardware though. Wait a couple years in between and don’t slow us down on the 7 Plus. It’s perfect.
Reply · Like · Mark as Spam
0

Captain Japan - January 30, 2018 at 7:07pm
This is what happens when supply chain people run the show. Apple needs an innovator at the helm!!
Reply · Like · Mark as Spam
3 More Comments
Recent