Adobe is planning to launch the full version of its Photoshop app for the Apple iPad, reports Bloomberg. The release is said to be part of a new strategy to make its products available across various devices, boosting subscription sales.

The software developer is planning to unveil the new app at its annual MAX creative conference in October, according to people with knowledge of the plan. The app is slated to hit the market in 2019, said the people, who asked not to be identified discussing private product plans. Engineering delays could still alter that timeline.

Adobe's Chief Product Officer, Scott Belsky, confirmed that the company was working on a cross platform version of Photoshop and other applications but would not provide an timeline details.

“My aspiration is to get these on the market as soon as possible,” Belsky said in an interview. “There’s a lot required to take a product as sophisticated and powerful as Photoshop and make that work on a modern device like the iPad. We need to bring our products into this cloud-first collaborative era.”

Belsky also noted that previously mobile devices have not been robust enough to run the program; however, newer versions of the iPad Pro are now powerful enough. 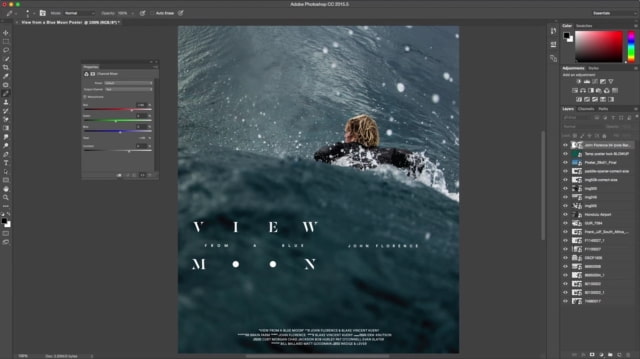 gabe - July 14, 2018 at 1:39pm
How about bringing the photoshop touch app for iPhone/iPad back! All these separate Adobe apps I have to use now to do everything I was able to do in one app before! Stupid...
Reply · Like · Mark as Spam
Recent