Apple is working on a premium games subscription for the App Store, according to a new report from Bloomberg. Focused on iPhones and iPads, the service will allegedly bundle together paid games from various developers that customers can access for a monthly fee.

Apple is likely considering popular paid titles on the App Store and would exclude titles that are free to download but generate revenue via in-app purchases.

Cheddar first reported the possibility of a games subscription back in January; however, it's still unclear when or even if Apple will unveil one. If it does, one possibility is the company's press event on March 25th at which Apple expected to announce a video and news subscription service. Another is the Worldwide Developers Conference in June. 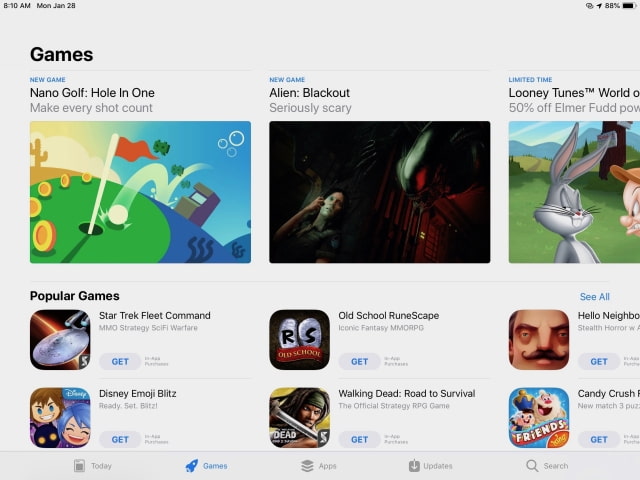