Panic has launched a private beta of Nova, its new code editor for Mac.

It's almost here. Our totally rethought and redesigned Mac editor, 'Nova', is reaching private beta. Now, we need your help to make it perfect.

The new application has modern editor features like multiple cursors, highlighting for identifiers, tag pairs, and brackets, editor overscroll, improved autocomplete, and more. There's also the option to publish to multiple destinations, a sidebar for build issues, themes, and a new Terminal.

The first private beta phase will be for extension developers. After that, the beta will opened to Code 2 Users, then the general public.

You can request access to the beta at the link below! 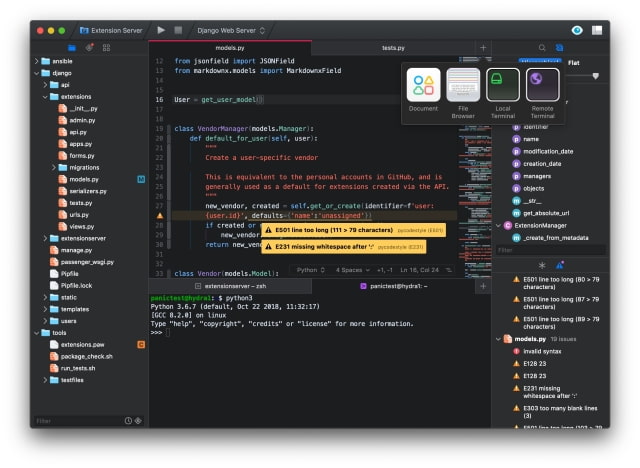 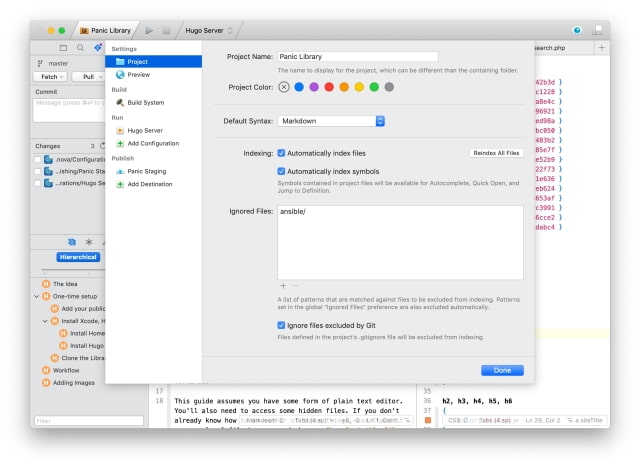 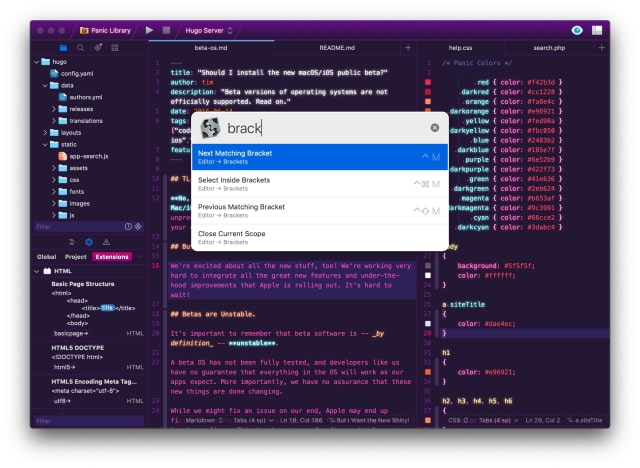