Wearables are expected to surpass Mac and iPad to become Apple's third largest product category by revenue in 2020, according to a recent report from Above Avalon.

Wearables nearly exceeded Services in 3Q19 as Apple’s top revenue growth generator when looking at absolute dollars. Consensus was not expecting this to occur as Services was positioned as Apple’s growth engine. It is clear that consensus spent too much time on the Services highway and ended up missing the exit for wearables.

In terms of unit sales, one out of every five Apple products sold is a wearable. That adds up to about 70 million units sold per year including 30 million Apple Watches and over 30 million AirPods.

Check out the chart and hit the link below for more details! 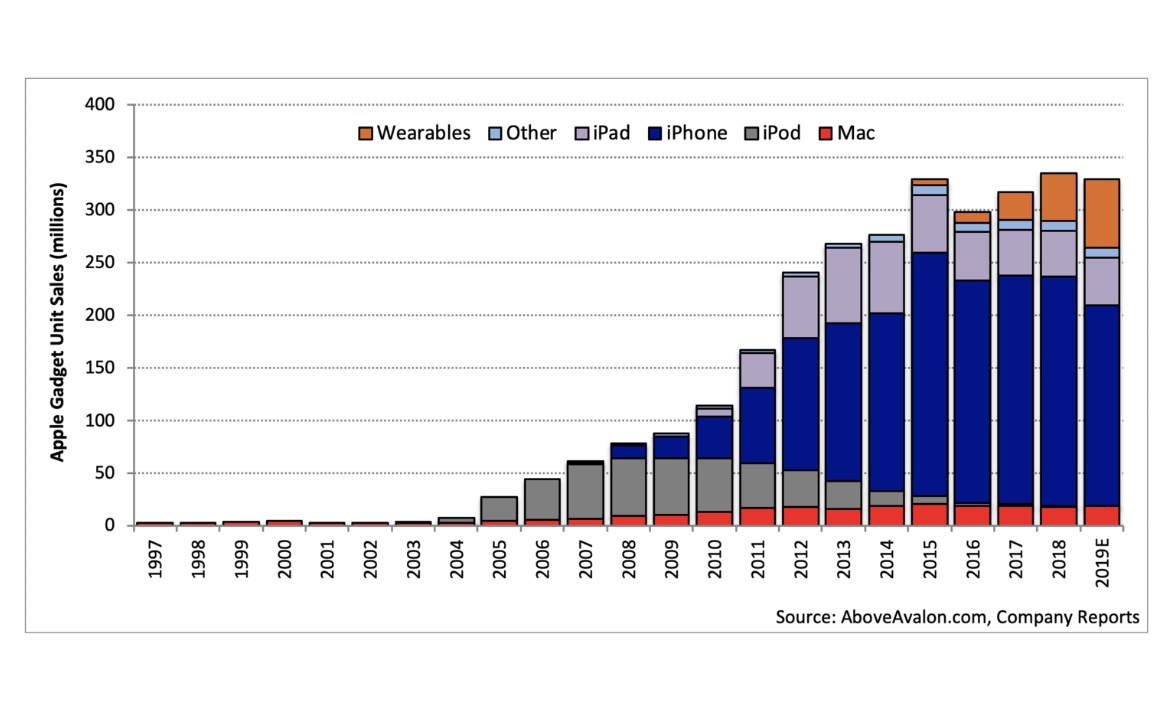