A major update to the unc0ver jailbreak is coming that will bring over 30 fixes and changes, reports Pwn20wnd.

Testers that have been seeded a build of the update have confirmed a significant improvement.

@SamGuichelaar tweets, "The upcoming Unc0ver 4.3 runs great on my iPhone XS Max. It fixes all the issues I had, including VPN, iMessage notifications, Apple Watch Sync and everything else I’ve experienced or seen others report."

Pwn20wnd has also announced that the update is "ridiculously fast at launching apps and services!"

Unc0ver v4.3 will be released as soon as its developers are certain no new bugs are introduced. It supports the jailbreak of iOS 13.0 - iOS 13.3 on A8 through A13 devices. 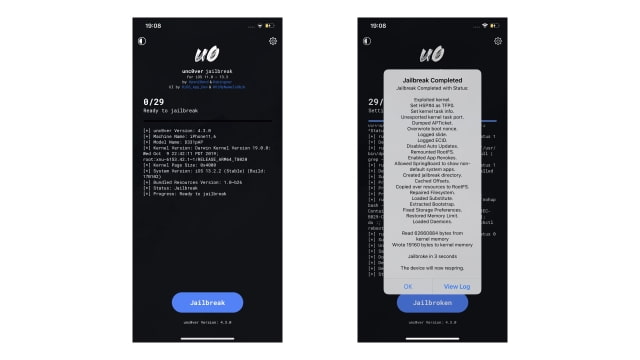