Google has announced the release of Android 11 beta for developers.

The first beta of Android 11 is focused on three key themes: People, Controls, and Privacy. 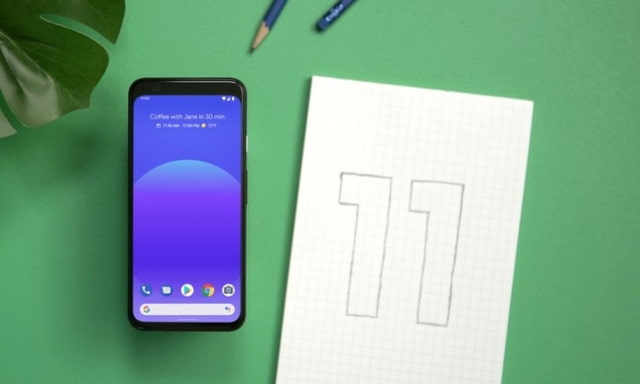 People
We’re making Android more people-centric and expressive, reimagining the way we have conversations on our phones, and building an OS that can recognize and prioritize the most important people in your life:

● Conversation notifications appear in a dedicated section at the top of the shade, with a people-forward design and conversation specific actions, such as opening the conversation as a bubble, creating a conversation shortcut on the home screen, or setting a reminder.
● Bubbles help users to keep conversations in view and accessible while multitasking. Messaging and chat apps should use the Bubbles API on notifications to enable this in Android 11.
● Consolidated keyboard suggestions let Autofill apps and Input Method https://developer.android.com/preview/overview#timeline Editors (IMEs) securely offer context-specific entities and strings directly in an IME’s suggestion strip, where they are most convenient for users.
● Voice Access, for people who control their phone entirely by voice, now includes an on-device visual cortex that understands screen content and context, and generates labels and access points for accessibility commands. 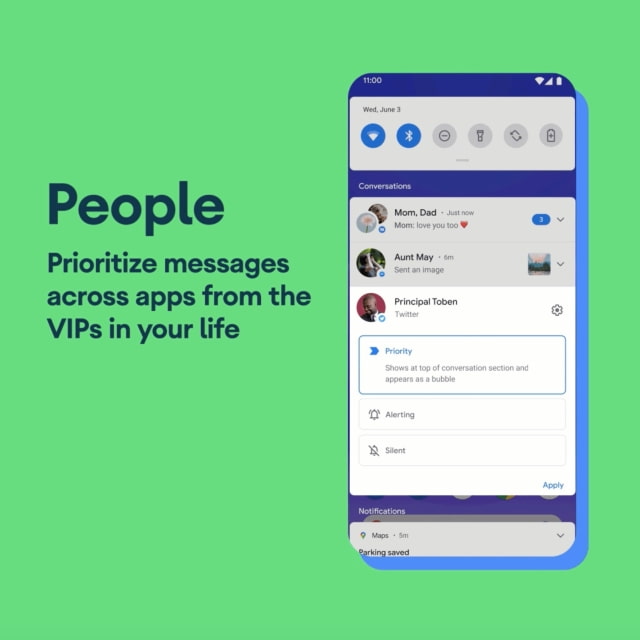 Controls
The latest release of Android can now help you can quickly get to all of your smart devices and control them in one space:

● Device Controls make it faster and easier than ever for users to access and control their connected devices. Now, by simply long pressing the power button, they’re able to bring up device controls instantly, and in one place. Apps can use a new API to appear in the controls. More here.
● Media Controls make it quick and convenient for users to switch the output device for their audio or video content, whether it be headphones, speakers or even their TV. You can enable this today from Developer Options, and it will be on by default in an upcoming Beta release. More here. 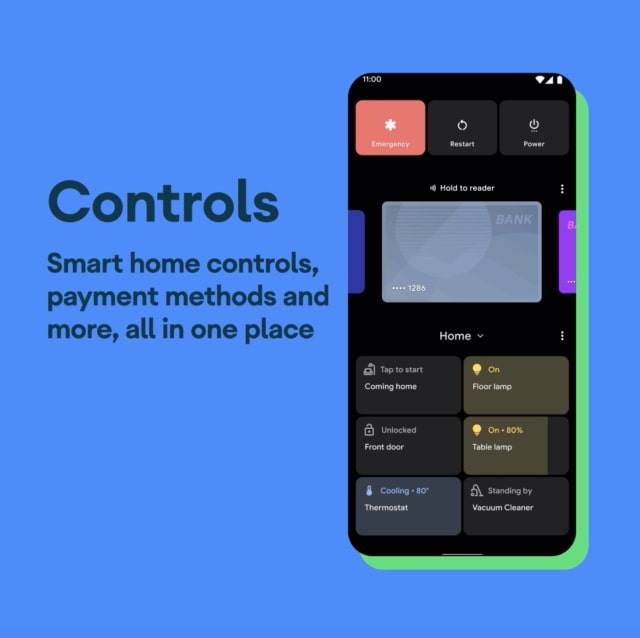 ● One-time permission lets users give an app access to the device microphone, camera, or location, just that one time. The app can request permissions again the next time the app is used. More here.
● Permissions auto-reset: if users haven’t used an app for an extended period of time, Android 11 will “auto-reset” all of the runtime permissions associated with the app and notify the user. The app can request the permissions again the next time the app is used. More here.
● Background location: In February, we announced developers will need to get approval to access background location in their app to prevent misuse. We're giving developers more time to make changes and won't be enforcing the policy for existing apps until 2021. More here.
● Google Play System Updates, launched last year, lets us expedite updates of core OS components to devices in the Android ecosystem. In Android 11, we more than doubled the number of updatable modules, and those 12 new modules will help improve privacy, security, and consistency for users and developers. 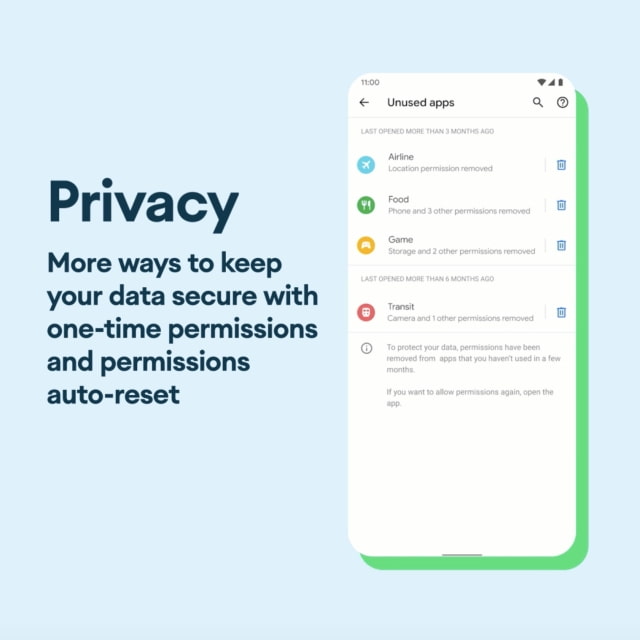 Developer friendliness
We want to make it easy for developers to take advantage of the new release, so to make compat testing easier, we’ve:

● Gated most breaking changes until you target Android 11 (so they won’t take effect until you explicitly change your manifest)
● Added new UI in developer options to let you toggle many of these changes for testing
● Added a new Platform Stability release milestone where all API and behavior changes will be complete, so you can finalize your app updates knowing the platform is stable.

Android 11 also includes a number of other developer productivity improvements like wireless ADB debugging, ADB incremental for faster installs of large APKs, more nullability annotations on platform APIs (to catch issues at build time instead of runtime), and more.

The first Beta for Android 11 is available today, with final SDK and NDK APIs and new features to try in your apps. If you have a Pixel 2, 3, 3a, or 4 device, enroll here to get Android 11 Beta updates over-the-air. Downloads for Pixel and the Android Emulator are also available.

Watch the video below or hit the link below to learn more about the features in Android 11...