Benchmarks for an unannounced iMac have been spotted in the Geekbench Browser by @_rogame. The new iMac features an Intel Core i9-10910 processor with 20-cores and AMD Radeon Pro 5300 graphics.

Tom's Hardware notes that this appears to be a custom tailored chip for Apple.

Notably, the AMD Radeon Pro 5300 graphics card is also an unannounced variant which appears to be a desktop version of the 5300M launched last year. Geekbench reports 20 compute units, 1.65GHz core clock, and 4GB VRAM for the GPU.

Apple is rumored to be announcing a new iMac in the second half of 2020 with a 23-inch display. Perhaps these are benchmarks for that device. 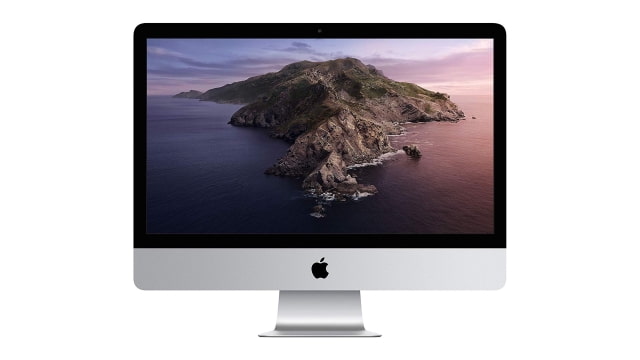