Apple has delayed a feature of iOS 14 that will require developers to get user permission before enabling in-app ad tracking.

The delay follows concern from publishers who say the opt-in requirement will reduce their ability to provide targeted ads, resulting in significant revenue loss. Coupled with a reduction in advertising due to the coronavirus outbreak, the change could have been devastating for some developers and publishers.

In a statement to TechCrunch, Apple said:

We believe technology should protect users’ fundamental right to privacy, and that means giving users tools to understand which apps and websites may be sharing their data with other companies for advertising or advertising measurement purposes, as well as the tools to revoke permission for this tracking. When enabled, a system prompt will give users the ability to allow or reject that tracking on an app-by-app basis. We want to give developers the time they need to make the necessary changes, and as a result, the requirement to use this tracking permission will go into effect early next year.

In a recent post to Audience Network publishers, Facebook warned publishers that their revenue could drop by over 50% once iOS 14 is released.

"We know this may severely impact publishers’ ability to monetize through Audience Network on iOS 14, and, despite our best efforts, may render Audience Network so ineffective on iOS 14 that it may not make sense to offer it on iOS 14 in the future", said Facebook. 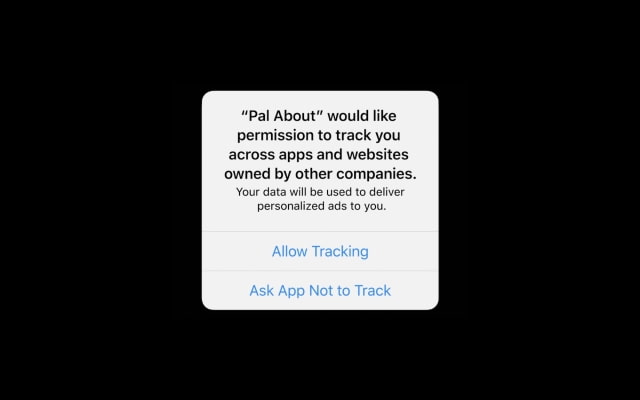 ipadguy - September 4, 2020 at 12:28pm
Yup this should happen we should have the option to revoke I for one will be using this on most apps 👅
Reply · Like · Mark as Spam

deljam - September 3, 2020 at 10:19pm
Look to me as if facebook will be the one mostly to feel that’s how their apps should not be trusted
Reply · Like · Mark as Spam

1reader - September 3, 2020 at 10:12pm
All those ready to 👅 their behind and saying that they are for people should wait their liking until 2021. Until then they have to make some money 💰 with Facebook
Reply · Like · Mark as Spam
Recent