Apple is working on a new Mac Pro that is half the size and features a custom Apple Silicon processor, according to a new report from Bloomberg.

Apple engineers are currently developing a new Mac Pro that looks like the current design at about half the size. It’s unclear if that Mac will replace the current Mac Pro or if it’s an additional model. Apple’s chip designs could help the company reduce the size of its computers due to increased power efficiency, but the current Mac Pro is large, in part, to fit components like additional storage drives and graphics chips.

At half the size, it would appear unlikely that the new Mac Pro would support large graphics cards. Instead, the device could rely on Apple's own graphics. It's also unclear if users would be able to upgrade the processor on an Apple Silicon Mac Pro.

The transition from Intel to Apple Silicon is expected to take around two years. Hopefully, we'll learn more about the company's plans follow the November 10th 'One More Thing' event. 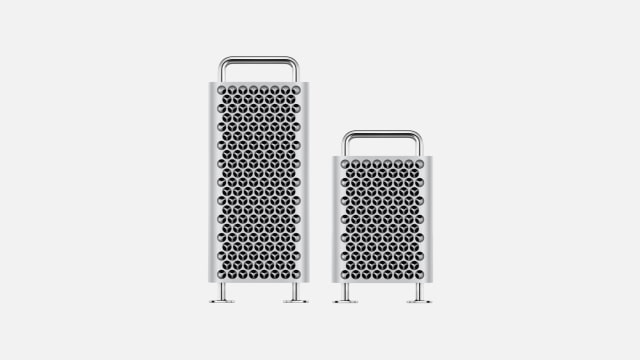