Apple had a double agent inside the iPhone leaks and jailbreak community for over a year and a half, reports Motherboard.

Andrey Shumeyko, also known as YRH04E and JVHResearch, has come forward as a mole after Apple failed to compensate him for the information he was providing.

Shumeyko first established a relationship with Apple's Global Security team after alerting them of a phishing campaign against some Apple Store employees in 2017. In mid-2020, he tried to help Apple investigate the leak of an early version of iOS 14.

"I think I found the mole who helped him orchestrate the thing," Shumeyko wrote to Apple, referring to the iOS 14 leak and the person who allegedly purchased the stolen prototype. "I've identified which one of the 3 Chinese hardware suppliers sent him the phone. I’ve received a package from that same guy in the past (still have the DHL tracking number), and I have his phone number. Would any of the above be of any aid?"

Shumeyko also sent Apple an PDF titled "The List" which shared personal details of three people who advertised and sold prototypes on Twitter and a U.S. citizen who collects iPhone prototypes. One of those three people received a threatening letter from Apple.

Last summer, ​​Shumeyko told his Apple Global Security that he'd been in touch with an Apple employee in Germany who worked on Apple Maps. The employee was offering access to an internal Apple account used by employees to log into their email and intranet. That employee was then fired.

Despite acting on the information, Apple never compensated ​​Shumeyko and now he questions whether he should have helped in the first place.

"Now it feels like I ruined someone for no good reason, really," ​​he said, referring to the Apple employee in Germany.

Shumeyko says he is still struggling financially and is trying to sell Apple Internal data to generate some cash. 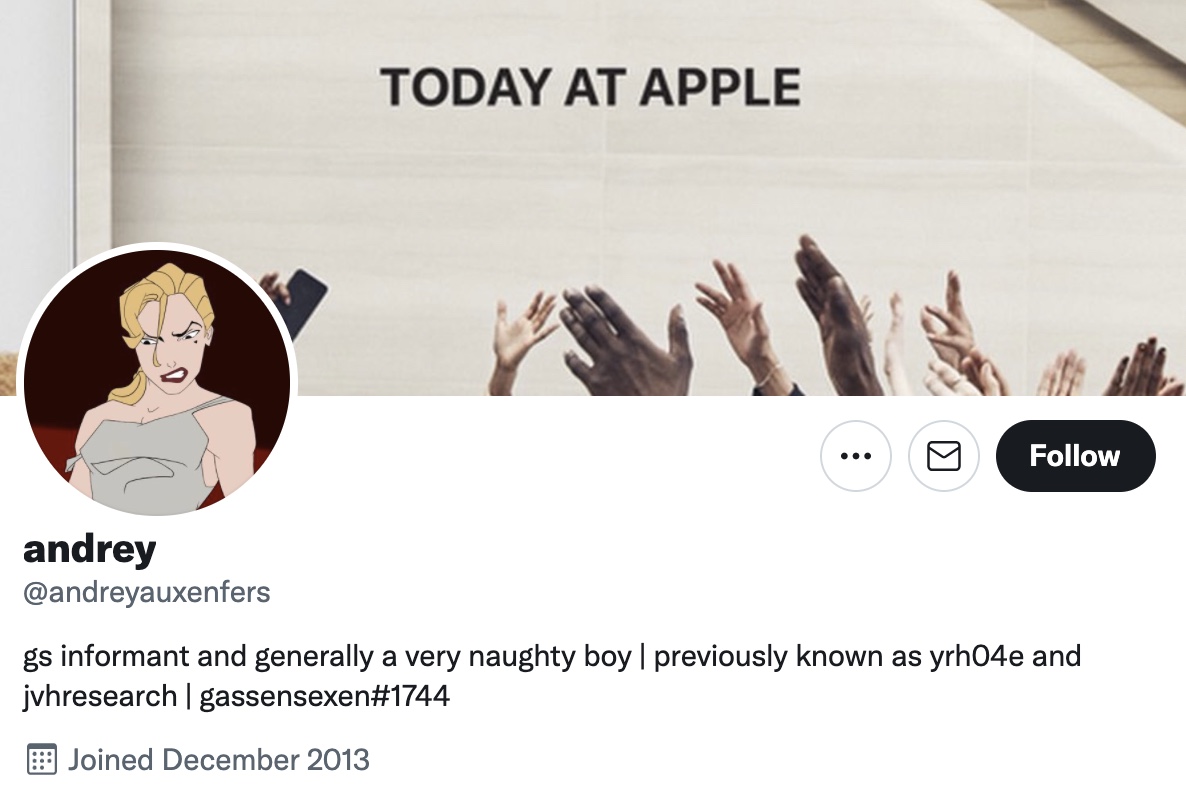 brand0 - August 19, 2021 at 8:01am
"Now it feels like I ruined someone for no good reason, really," ​​he said, referring to the Apple employee in Germany. This Andrey Shumeyko is just as unethical, corrupt and untrustworthy as there German guys he "ruined". He's just a chancer bribing Apple. Worse, actually, than the German leaker.
Reply · Like · Mark as Spam
Recent